Over a century-old bridge timbers discovered 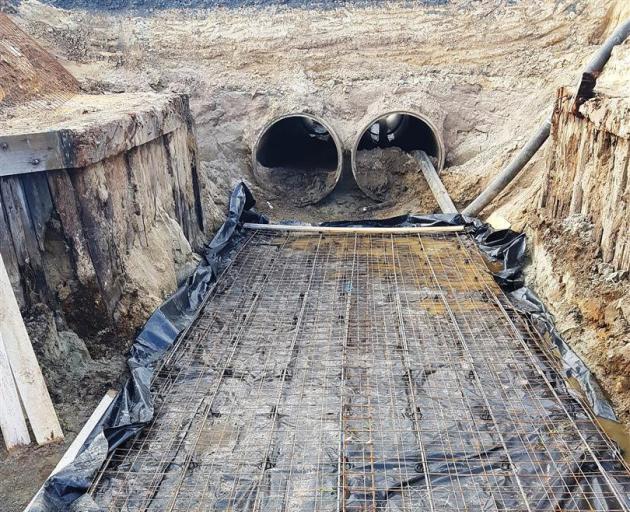 PHOTO: SOUTHROADS
Timbers discovered near Taieri Mouth are believed to be more than 100 years old.

The likely abutments from a former bridge adjoining the beach at Kuri Bush were revealed when Dunedin City Council contractor SouthRoads was replacing a culvert early in March.

The find was notified to Heritage New Zealand before reburial. This was standard procedure for such finds, which were not unusual, Heritage NZ Otago-Southland manager Jonathan Howard said.

"Recording and reburying finds like these protects them in exactly the same the way they've been preserved to date, and allows interested parties to find them later, if required.''

Early survey maps showed no structure at the location, although human activity was known in the area before 1900.

"It looks like we've got an early bridge built prior to that date.''