A Balclutha man who strangled his partner to death on their honeymoon says he is "truly sorry" and will live with the guilt forever. 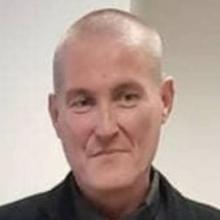 He was found guilty of manslaughter and jailed for four years and three months.

Fallowfield fronted the Parole Board for the first time last month but acknowledged he could not be released as he had not yet undergone treatment.

"Mr Fallowfield engaged with the board and said he wanted to do the psychological counselling sessions and was prepared to do any other courses that were recommended," she said.

"He confirmed to the board that he was truly sorry for what had happened, and he will have to live with his guilt forever."

Fallowfield killed Ms Reedy in a Te Anau motel on May 15, 2020 — on a belated honeymoon after they had married in April the preceding year.

He accepted he was responsible for her death but the issue of intent was the critical question for the jury.

The Crown argued Fallowfield strangled the victim because he wanted to silence her when she threatened him with a rape allegation, while the defence said he "snapped" but did not mean for his actions to be fatal.

The Parole Board heard the inmate had been deemed "unsafe to partake in group activity" and would instead undertake one-on-one counselling.

A Corrections officer present at the hearing said there were no concerns about Fallowfield’s behaviour and he was on the waiting list for employment behind bars.

The Otago Daily Times, after Fallowfield’s sentencing, revealed evidence regarding a previous strangling that the jury did not hear.

The woman involved said Fallowfield attacked her after she had problems sourcing drugs, verbally abused her, then choked her.

She recalled coming to as he stood over her.

"He told me he thought he’d killed me. He told me I lost consciousness and began to have a seizure. I don’t know how long I was unconscious for."

Fallowfield will appear before the Parole Board again in July next year.