His surname may be Yule, but a Clutha veterinarian says that is not why he was picked to work the Christmas shift this year.

Marcus Yule (24) is employed by Clutha Vets in Balclutha and, like many other workers this festive season, made himself available to keep essential services operating yesterday while most of the country celebrated Christmas Day with family and friends.

Despite bearing a distinctly seasonal name, however, he did not think it had influenced the staff roster this Christmas.

"To be honest, it’s just something the younger, new-grad vets like me do. It’s all useful experience, and obviously the older team members tend to have family and kids to look after, so it’s better for them to be around at home if possible."

Born in Hawke’s Bay, Mr Yule said he enjoyed the variety of small and large animal work presenting in Clutha, making every shift a fresh challenge. 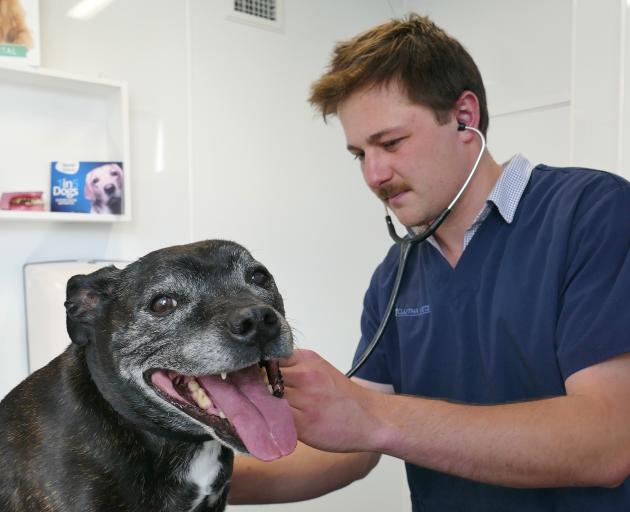 His Christmas small animal shift would take him through from December 23 to 30, during which time he had to be ready to head out at a moment’s notice, 24/7.

About 3pm yesterday, he said the shift had matched expectations thus far.

"We’ve had a couple of working dogs as inpatients; a dog with a persistent gastrointestinal problem; and two dogs from the same family just now, one with constipation, and the other needing a bandage replaced.

"Hopefully that’ll be about it, but you never know."

As a midwife, she understood the trials and rewards of working a Christmas shift, she said.

"This is my first Christmas and New Year off, but I know how important it is people like Marcus step up and sacrifice their holidays for the wider community benefit."

Although prepared to have his plans disrupted, Mr Yule said he hoped to get in the festive spirit by sharing a Christmas dinner of roast lamb "and all the trimmings" with his girlfriend last night.

"Like people, animals don’t choose when to get sick, so you just have to be there as required.

"I’m crossing my fingers I don’t miss out on the shortcake and ice cream, though."