Penguins injured in barracouta attacks off the Catlins coast are being returned to the sea after being nursed back to health.

Three of the endangered yellow-eyed penguins, including a breeding pair, were released into the wild at Purakaunui Bay yesterday.

The birds have spent the last few weeks at Penguin Place, in Dunedin, recovering from injuries inflicted by barracouta. 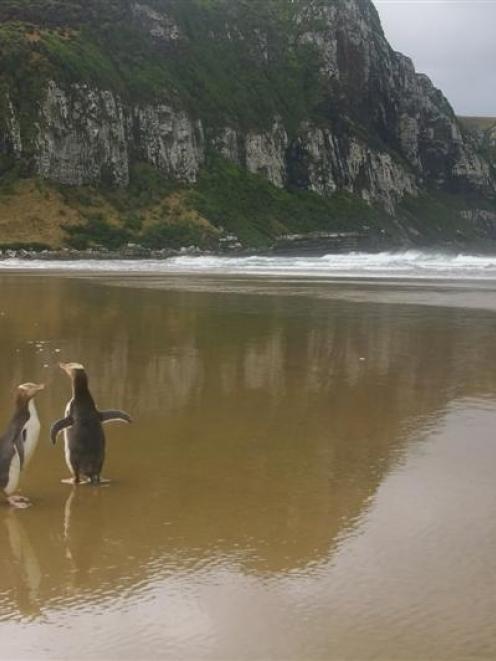 Three healthy, microchipped yellow-eyed penguins return to the wild at their home in Purakaunui Bay in the Catlins yesterday. Photo by Hamish MacLean.
Department of Conservation (Doc) ranger Mel Young said high numbers of barracouta off the Catlins coast were taking a bite out of the area's endangered resident yellow-eyed penguin population, but Doc's interventions were keeping the birds alive.

Seventeen injured penguins had been taken to Penguin Place so far this year, including 13 from the Catlins, which was many more than usual. Three or four injured birds would be more typical.

This year four birds had died while in care for their injuries, including one that died while undergoing surgery.

''There's just a lot of barracouta out there,'' Ms Young said.

Three weeks ago, one of the adult females released yesterday was found ''bleeding profusely'' on the rocks at Purakaunui Bay. 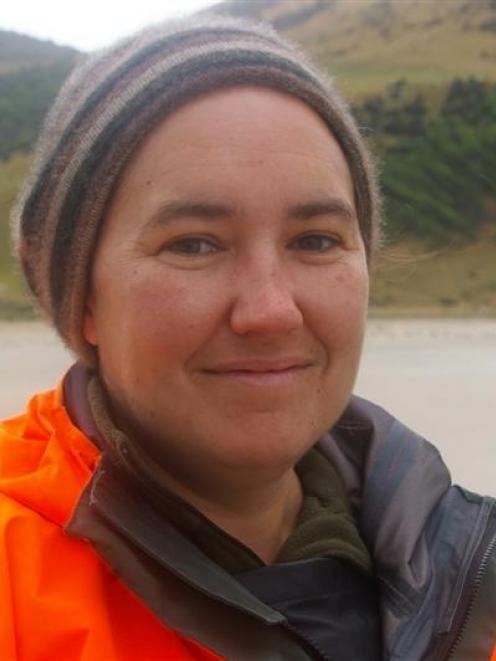 Mel Young.
The bird would have died had it not been taken to St Kilda Veterinary Centre in Dunedin, Ms Young said.

The adult breeding pair released yesterday was found only days later injured and listless with two emaciated chicks at a beach further north.

Both birds had successful surgery performed by Dr Lisa Argilla from Wellington Zoo in their rehabilitation.