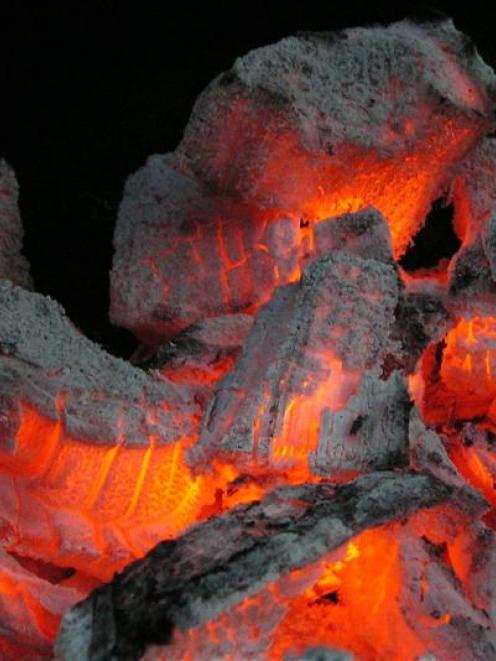 The Gore District Council wants a more lenient approach taken where homes have only an open fire for heating. Photo by ODT.
Gore Mayor Tracy Hicks says he expects his council to support a proposed submission on Environment Southland's plans to improve air quality.

The Gore District Council will meet today to review its submission on the rule changes, which it estimates could affect 1700 Gore households.

Mr Hicks said the council did not oppose the goal of cleaner air, but had concerns with some aspects of the air plan for Southland, as well as the process Environment Southland had followed.

''Firstly ... we're saying the process is wrong and that they really need to stop and in essence start again.''

Environment Southland has created new rules for heating homes in the province to meet national standards.

Some of the rules have already come into force, such as banning the installation of ''non-approved'' wood burners and burning chemically-treated timber.

From January 1, 2015 wet wood, or wood that has been stored incorrectly, and high-sulphur coal, like that produced at Kaitangata, cannot be burned.

From January 1, 2016 old-style burners will be banned, and from the following September,open fires in Gore and Invercargill will be also be banned.

Mr Hicks said there had not been enough consideration given to the cost to Gore residents of changing the rules, and the council submission would request a new time frame for Gore residents to make changes.

The district council's proposed submission also notes the cost to Gore residents of going without heat had not been considered.

A report to the Gore council by consultant Keith Hovell states that it is ''not clear'' from the plan change if all the new rules were needed to meet the national standards.

In Gore homes where open fires or solid fuel burners were the only means of heating, heating hot water or cooking, the district council would ask that the rule changes be pushed back to September 1, 2024.

The district council would ask for an exemption to the ban on open fires and coal burners during power cuts.