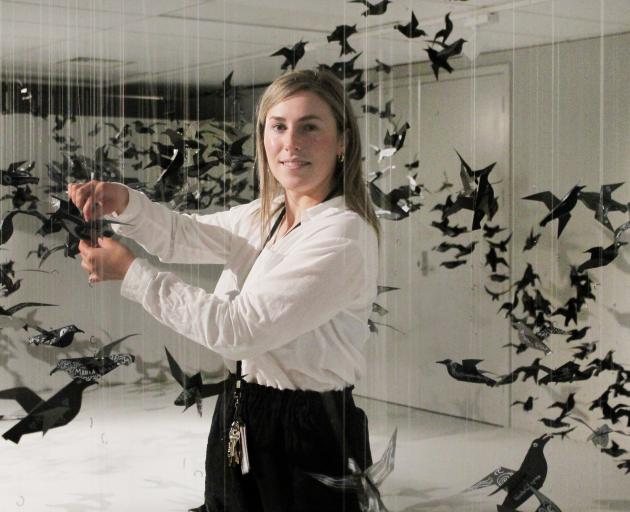 He Waka Tuia Art + Museum co-manager Gemma Baldock was very happy with the turnout and feedback from the temporary attraction, which opened on September 12.

The city’s museum at Queens Park was closed two years ago after it was deemed an earthquake risk, and the Andersons Park Art Gallery closed in 2014, also due to seismic concerns, and had been operating in temporary spaces since then.

About 1000 people had visited He Waka Tuia in Don St since the opening, Ms Baldock said.

"We were so happy. The numbers were really good. Even with Covid-19 restrictions on the opening weekend — which was quite challenging — we saw people coming in continuously, in a steady flow.

"One of our main focuses [for the space] was that the community could have a feeling of ownership and I’m glad to hear people are enjoying it."

Among the favourite attractions was the Titi installation, which included about 800 cardboard birds.

Ms Baldock said visitors were asked to decorate a bird with something that represented themselves or their family and the piece would be displayed there.

"It will become a collection item, like a time capsule of the community.

"It is purely symbolic. I suppose the simplest way to put it is it represents that together we are one, but individuality comes from what is within you or what you decided to put on your bird."

It had been decided a new space should be created until a permanent museum and art gallery was established in Invercargill.

"The way that we designed the show was to have a little bit for everyone ... I think people are really enjoying having their museum and art gallery back."