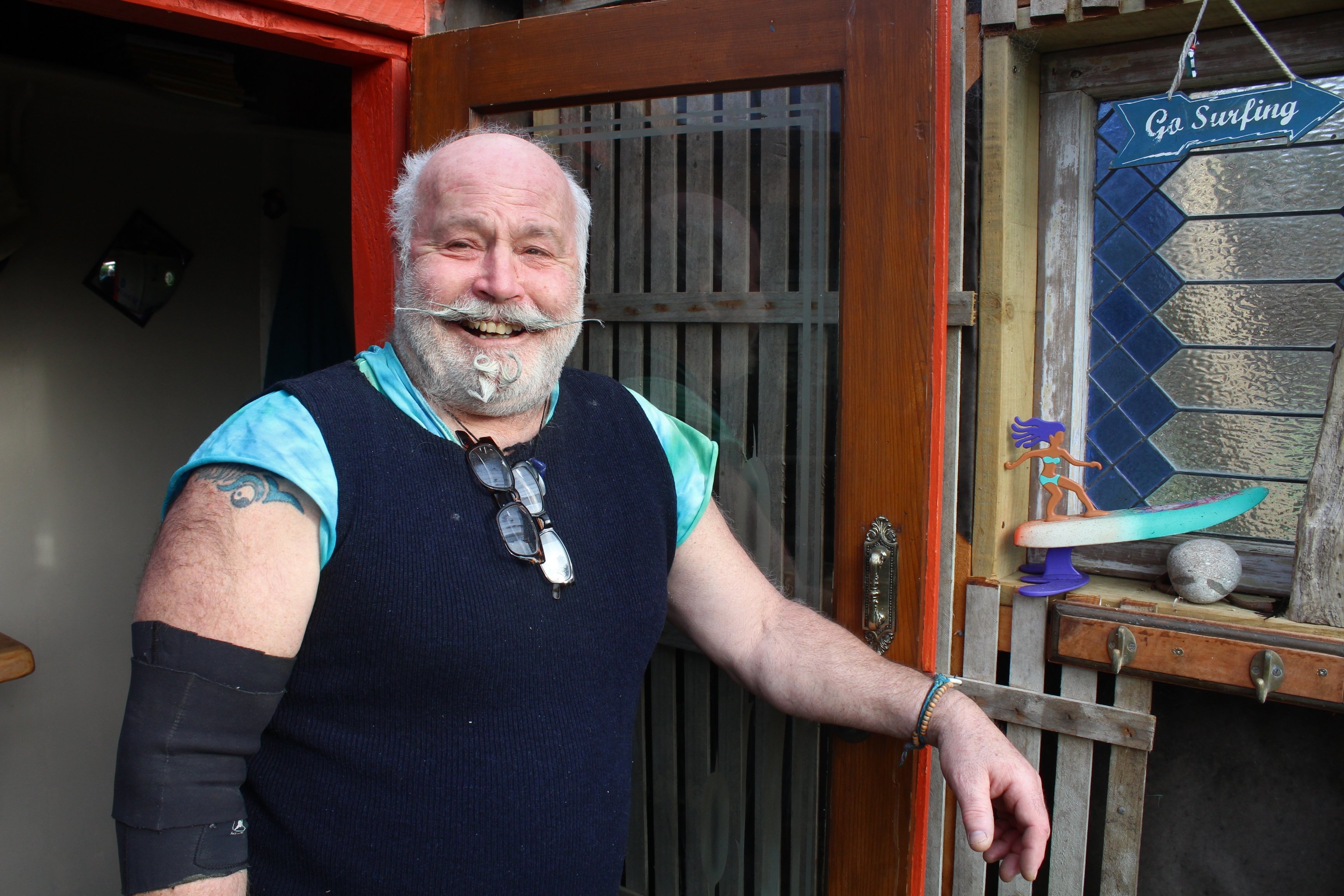 Riverton art stalwart Wayne Hill at his coastal home, which he shares with 108 surfboards. PHOTO: MATTHEW ROSENBERG
A tug of war between a proposed new liquor store and concerned residents in a small Southland town is putting the future of an unlikely third party in jeopardy.

The Southland district licensing committee is expected to release its decision this week on whether the Otautau Hotel, in Otautau, can open the fourth off-licence in Riverton - a small coastal town with a population of about 1500.

But more is at stake than the availability of alcohol. If the new venue is not allowed to go ahead, it could spell the end of the Riverton Community Arts Centre.

The centre has operated from a building in Riverton’s main street for close to 20 years, more recently assisted by a landlord who had helped keep it going.

The shortfall in rent was made up by other businesses sharing the building, but new tenants could be hard to find, and a replacement has not been found for the hairdresser who closed about a year ago.

When the news came an off-licence could be the latest addition to the lease, both the landlord and art space leapt at the possibility.

But not everyone in the community is so enthusiastic.

One of the more colourful members of the Riverton Art Centre said he was on the fence whether he wanted the store to go ahead.

Wayne Hill is an artist, surfboard shaper and the longest-serving member of the art centre. He has even had a room named after him.

"My passion is the arts. I’m in a quandary with this one,” he said.

"I drink myself, but how many outlets do we need? Back in the sealing and whaling days in Riverton, there used to be 100 licensed alcohol outlets or bars."

Mr Hill said there was a glimmer of those days in Riverton after race days, when youths filled the streets, leaving a sea of broken glass in their wake.

But Riverton Community Arts Centre chairwoman Wendy Lopez cannot see a problem with the new store, which she said would assure the future of the arts community.

Ms Lopez said the only places to buy alcohol in Riverton were the supermarket and the two pubs, and not everyone was comfortable using those outlets.

"I don’t understand the objections of the people in Riverton. Their main issue is too many alcohol outlets in Riverton, which is not the case at all.”

Oraka-Aparima Community Board chairman Graeme Stuart confirmed there were five objectors to the Otautau Hotel being given a licence to operate the store but he did not wish to comment further before a decision was made.

A decision is expected to be announced this week.