Balclutha man not guilty of wife's murder, guilty of manslaughter 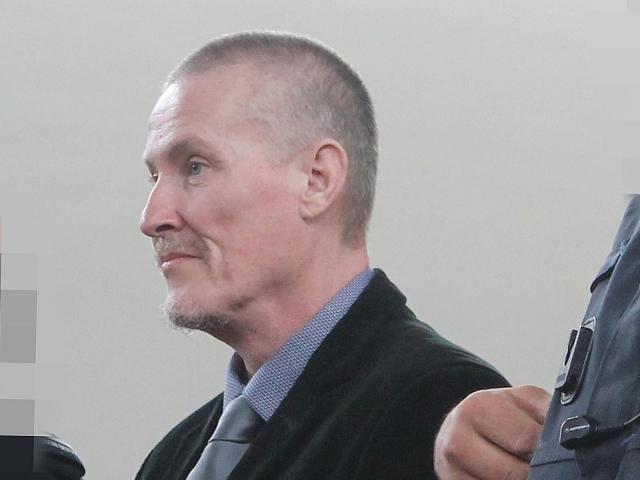 A jury has found Balclutha man Rodney Fallowfield not guilty of murder but guilty of manslaughter in the High Court at Invercargill today.

The jury could not come to a unanimous decision on the murder charge; however, 11 jurors were in agreement he did not intend to kill his wife Shirley Reedy when he strangled her at a Te Anau motel on May 15, last year.

Fallowfield was remanded in custody to be sentenced in the High Court at Invercargill on October 15.

The verdict came after more than eight hours of deliberation, which began about 12.50pm on Tuesday, and after the jury returned to the court room three times to ask questions.

The last question was asking if they could deliver a majority verdict instead of a unanimous one.

Fallowfield had admitted strangling his wife, but claimed he did not intend to kill her.

Earlier, Justice Jan-Marie Doogue was alerted about 11.16am, through the court registrar, that the jury could not reach an agreement.

''You have only been deliberating for about three and-a-half hours which is not long in the scheme of jury deliberations, particularly on a case of this importance,'' she said.

"If in an hour or so you find yourselves in the same position then we'll get you to indicate that to the court."

She advised if they had any further questions which help bring them to a decision they should not hesitate to ask.

Following this, a further two questions were put to the Justice this afternoon.

This time jurors were seeking direction on the law specifically the part of the Crimes Act which outlines whether the defendant was likely to know whether the injury he was inflicting was likely to cause death, and was reckless, whether death was sustained or not.

‘‘This is important. It’s whether Mr Fallowfield had an actual appreciation that there was a real and substantial risk that death would have followed as a result of strangulation and you must stand in his shoes when you answer that question,’’ she said.

The second question put to the Justice was where in the evidence jurors could refer to, to get a better understanding of whether Fallowfield knew his actions were likely to cause Ms Reedy’s death.

Justice Doogue said jurors would need to infer the answers from a logical look at all of the evidence.

‘‘It’s impossible for anyone of us to see into another person’s mind.’’

However, she said inferences or conclusions about murderous intent, could be drawn from evidence jurors considered to be relevant that discloses what a person was saying or doing at the time.

‘‘An inference or conclusion must be logical, rational and not speculative and it must not be a guess,’’ she said.

The jurors then retired to continue their deliberations at 2.20pm.