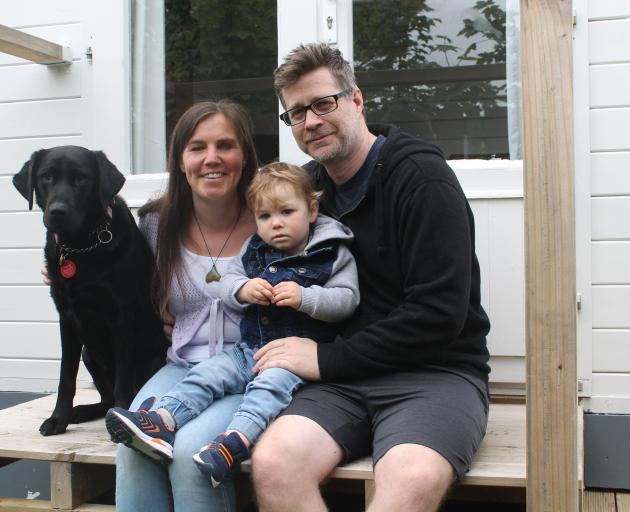 However, when you see her on her daily routine — which includes taking care of her family, training for competitions and raising her 1-year-old son Max — Ms Pascoe makes everything seems organic and easy.

Ms Pascoe was born with congenital glaucoma and became totally blind at the age of 25.

Now 37, she has never let her limitations define who she was.

"It was hard in the beginning for me and took me a couple of years to adapt to it because you basically need to learn how to walk and do everything again.

"I was very stubborn and just kept going walking and learning even if I was very tired or frustrated, but then, after some time— it got easier.

"You don’t even know that you have it in you, but something inside makes you go."

As a way to cope with some of her frustrations about going blind, Mrs Pascoe started to challenge herself even more and train every day.

She became one of the most renowned para-athletes in the region .

Ms Pascoe took part of marathons, half ironman challenges and participated in regional events like the Westpac Chopper bike ride from Queenstown to Invercargill and the City to Surf in Invercargill.

After being a mum, she was working hard and training daily to return to high performance sport.

When asked what was more challenging — the maternity or marathons, she joked:

"It is different. A marathon has an end, when you are a parent it doesn’t — you need to be a parent every day [laughs]. But I love it so much. It is awesome."

Much of her achievements were shared with her community which she said was one of the most supportive she had known.

She hoped the community would support the annual Blind Low Vision Week appeal.

The goal of the organisation was to fundraise about $470,000 to support Kiwis who were blind, deaf-blind or had low vision.

"It is very important to help people across the country come to help because many people in New Zealand have low or no vision.

"It has many reasons for it, but you never know when you can lose your sight, basically.

"Having the support to deal with those challenges is fundamental."

Donations can be made on blindlowvision.org.nz/BLVweek.