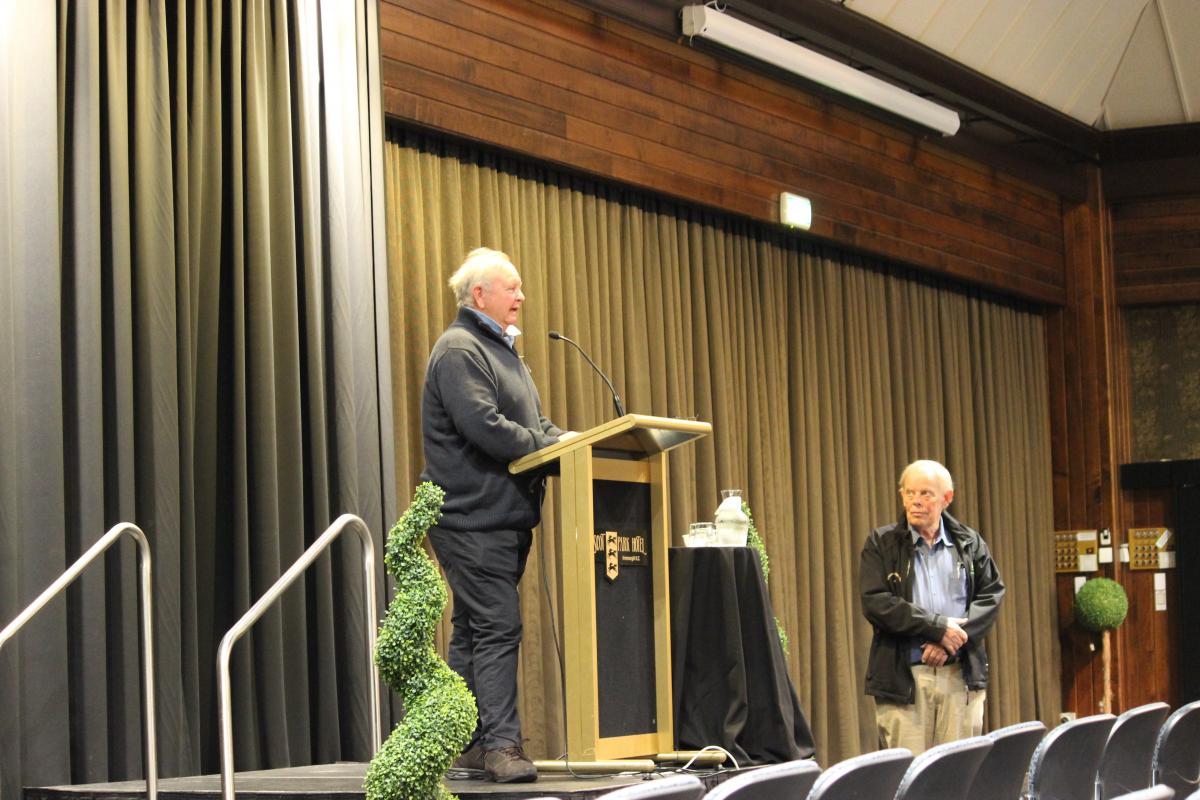 Ken Cochrane speaks at a Southland Recreational Whitebaiters Association public meeting in Invercargill. Photo: Karen Pasco
Councillors of Southland Fish and Game gathered tonight to discuss the 'sexist' comments made by one of its own, resulting in a unanimous call for his resignation from council.

Cr Ken Cochrane, at a public meeting discussing the proposed whitebait regulation changes, said a Whitebait Working Group (WWG) of which he was part of was biased with "chick scientists" from the Department of Conservation.

In the days after, the comments were called sexist and misogynistic by ministers and fellow councillors.

An "emergency meeting" was called for to discuss any consequences.

Two councillors were absent from the meeting, including Cr Cochrane.

Council chair Graeme Watson said, before they went into a public excluded session, “We as a council cannot underestimate the seriousness of this issue to Southland Fish and Game. The emails, the texts, the phone calls, the newspaper articles and social media feedback has been unprecedented in my time in council.”

He said Cr Cochrane was away attending a funeral.

When committee had finished discussion, he made a statement about what had happened.

“Fish and Game is an organisation that takes a science and evidence based approach to all its decisions.

“Scientists who are merely doing their job should not have to put up with such unacceptable comments, and quite frankly, nor should anyone else.”

He said council unanimously passed a vote of no confidence in Cr Cochrane as councillor and his resignation was requested.

“Mr Cochrane’s patronising, sexist remarks are not representative of Fish and Game as an organisation.”

While he was extremely disappointed it had occurred, he was pleased they could respond decisively.

Cr Cochrane had a time limit of until 4pm Friday to reflect on the call for his resignation.

The meeting was held at the Southland Fish and Game council office in Invercargill.