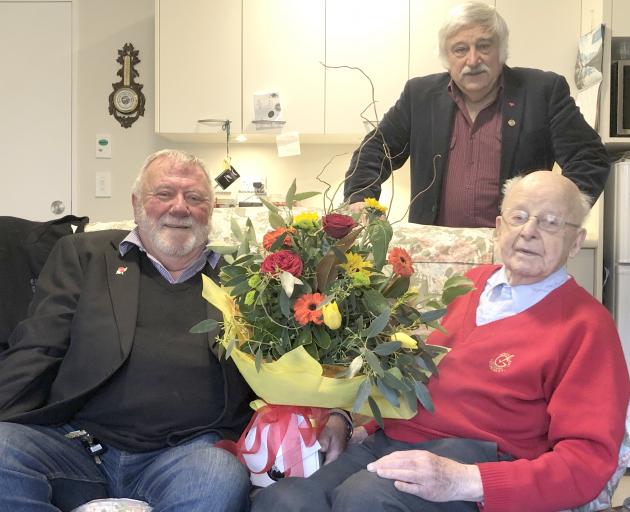 Mr Warburton was in the 27th Machine Gun and Infantry Battalion of the New Zealand Division and fought in the Battle of Monte Cassino.

A photo of his army days was placed in table next to him.

Mr Bowie joked he had not changed at all.

"It is because you didn’t see me in the morning, " Mr Warburton said.

"I feel exactly the same as yesterday and as this time last year," he suggested.

Mr Wilson said it was important to celebrate Mr Warburton on such special occasion.

"He is turning 100 when RSA is also celebrating 100 years. So we thought we should do something special for him.

Mr Warburton also celebrated with friends and family at a function at Rowena Jackson Retirement Village.

A special guest was missing, his wife of 71 years, Freda. She was in the hospital wing after a fall.

" It is so sad to be separated this stage of the game, but it will be lovely [to see her again]."