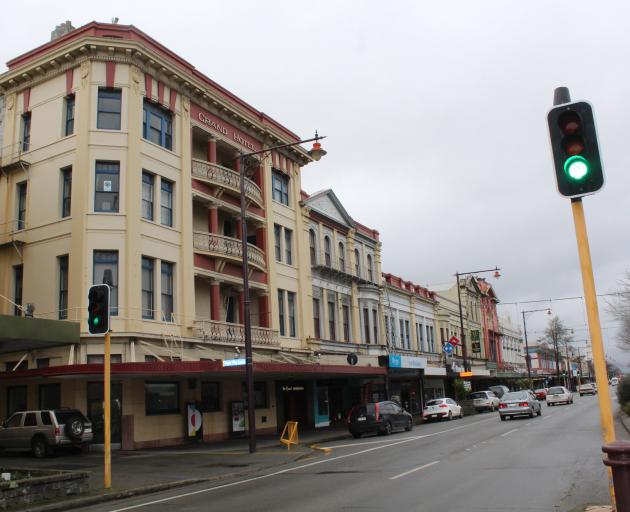 Some retailers on the CBD main street have spoken out, under the condition of anonymity, after dealing with unwanted guests around their workplaces, particularly in recent months.

The Southland Express understands those causing the angst are living in The Grand accommodation on Dee St.

From groups of loiterers spouting “appalling” language, to physical fights, alleged drug deals and avoiding theft from their shops, some business owners and employees felt intimidated and constantly “on edge”.

One business owner, who had operated their store on the street for four years, said they had never felt as frightened as they had in the past few weeks.

“The people who hang around [the street] put you on edge.

“Their eyes are wild and they look through the shop window all the time have a bar of them.”

Ever since “things had started to get rough”, the owner would keep their shop doors locked, even during opening hours, and wait for customers outside to make sure they felt safe, they said.

“I’ve had people scrapping out the front of my shop… the things that I’ve heard come out of their mouths is appalling.”

While they wanted to see the groups removed from the area, it was difficult to know how best to tackle the problem, they said.

Another Dee St business employee said they often spent their mornings picking up empty alcohol bottles and clearing cigarette butts, along with other offensive rubbish, from alleyways and outside Dee St shops.

“Customers are too scared to walk through the area… and with people smoking outside the shops it [the smell] comes inside and puts people off.”

Their employer said the behaviour of those hanging around the area had “killed the street”.

“People on the street comment on how it’s no help for business having them there.

“We’ve had a decrease in revenue [over the past few months].”

A neighbouring business owner said they often had up to about 15 people at a time drinking alcohol outside their shop during the day.

“They’re not the nicest boys in town… problem children.”

Rubbish had been repeatedly thrown on the shop roof and blocked the gutter, while multiple cars would park in the nearby private-access alleyway, they said.

One retailer described feeling “intimidated and too scared to move” when some of the regular lingerers looked into or hung around their shop.

“I’ve seen a car pull up, wind down the window and [a person] count the cash before handing something over. It’s scary,” they said.

After months of shared stress, some Dee St retailers approached the Invercargill City Council (ICC) and police to try to come up with a resolution.

It was agreed they would all ramp up security measures even further, including more advanced alarm systems and video surveillance, to ensure the behaviour of people in the area did not escalate.

Invercargill Community Constable Reuben Boniface said police and ICC had received reports of concern from retailers and businesses in the area, and were aware of what was happening on the street.

“Invercargill Police are concerned at the level of anti-social behaviour occurring in the Invercargill CBD over recent months, particularly on Dee St.

“We continue to liaise with business owners about how to keep themselves safe and are also working with local accommodation providers to ensure their tenants respect the area.

Const Boniface said it came down to a “community approach”, and he was looking to engage with ICC for assistance on how to manage the issue.

“Good lighting and cameras in the area deter people from hanging around and causing problems and offending.

“If anyone feels unsafe or witnesses a crime, they should call 111 immediately or report to 105,” he said.