A heavily laden blossom tree branch bobs up and down as it recoils from thick raindrops falling on the corner of Don and Esk Sts in Invercargill.

The flowers are an early sign of spring, symbolising a time of transition and new beginnings.

It is befitting then that this particular tree is standing right at the entrance to the new He Waka Tuia Art + Museum.

It is here two organisations have merged to ensure the people of Southland have a place to view, interact, learn and breathe in the history and culture of their province.

It is a transitional museum to fill a temporary void in the city while discussions continue about what to do regarding the future of the pyramid building and Anderson House, closed because of earthquake concerns, which have housed collections of curiosities, antiques and artworks which tell stories of the province and its people.

The new museum has been a long time in the making. The Invercargill Public Art Gallery (IPAG) closed six years ago and the striking pyramid of Southland Museum and Art Gallery (SMAG) shut its doors two years ago. 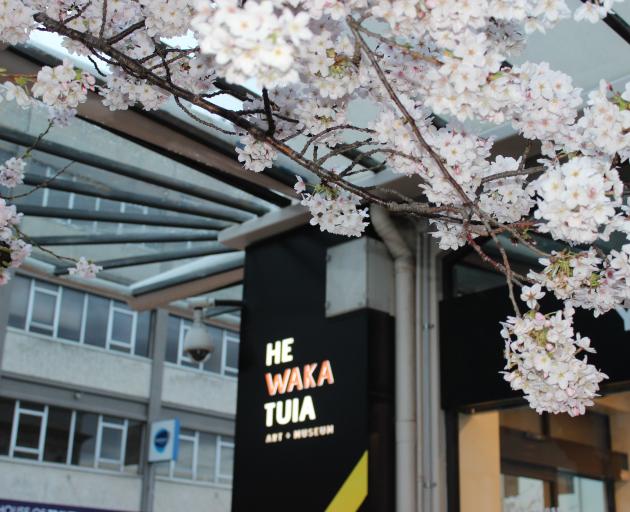 SMAG chairwoman Toni Biddle said when the two organisations ultimately found themselves to be "orphans" it was a catalyst for discussion on how they could work together to give the people of Southland an opportunity to still be able to view some of the treasures which had previously been on show.

"Someone said ‘bugger it, let’s do this one on our own together’, so we did."

Mrs Biddle thought the journey the two boards had made in the past two years allowed them to reach a place where they could share ideas and collaborate which had given a finished product she was extremely proud of.

"What’s exciting for me is that it is here and people can come in and celebrate it with their babies.’’

IPAG chairwoman Lynley Irvine said there had been a lot of change in Invercargill in recent months.

"Having a lovely space like this where people can come and enjoy [it] in the centre of the city is really important.

The two organisations had distinct histories, however the teams had worked well together, she said.

Mrs Biddle said it proved collaboration was the way forward.

What was intrinsically important for both organisations was to ensure the voice of iwi was not only heard but also played a part in the decision-making about the future of the museum.

"We wanted some of our taonga not to be in the dark.

"It’s particularly important ... also because some of the significant taonga have whakapapa to us."

"Those special taonga that are there, they've all got our sort of DNA in them." 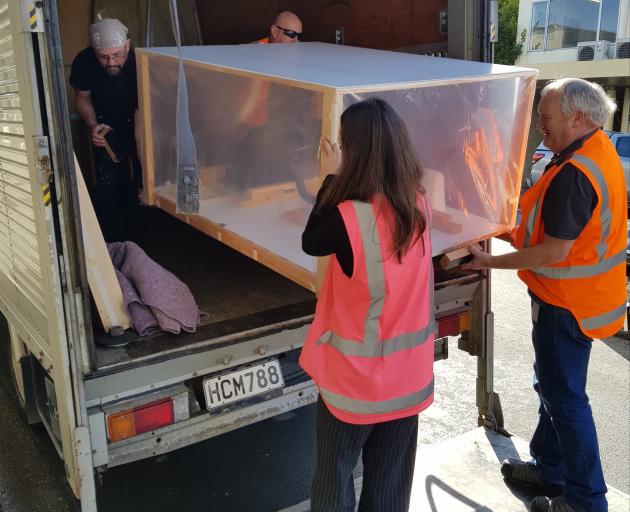 Museum staff carefully move the head of a century-old red deer into its new home. PHOTO: TE WAKA HUIA ART + MUSEUM
What was important was that Maori stories were told in their own voice.

"It’s nice we’ve co-designed what the future looks like rather than it being imposed on us."

Iwi gifted the name He Waka Tuia which translates to "the vehicle that carries us all" providing symbolism about SMAG and IPAG merging while also giving reference to the province’s coastal influences and the way the people travelled to Murihiku (Southland).

Caring for the collections

One item showcased at the museum which reflects Southland’s past was a noble red deer whose demise came about in 1919 from the crack shot of a Dipton farmer.

More than a century old, great lengths were taken to ensure it was pristinely preserved – including a specially made case for carrying and storage as well as a climatisation process to ensure the temperature and humidity was just right, so the skin does not dry out and split.

It stoically looks over the museum in a precisely curated collection of artefacts, taonga, artwork and taxidermy – the objects all a reference to the past, present and future of Southland.

Collections manager Kimberley Stewart said while not all pieces would be on show at the new museum, more than two million artworks, antiquities, taonga and pieces of history had had to be packed. The majority would be stored until decisions were made about the future of the SMAG’s building.

"All of our collection is in the process of being catalogued and packed.

"Nothing about packing a museum collection is standard," she said.

Where possible, boxes were made for items, with those boxes then fitting inside other bigger boxes with other items, ensuring everything was protected while still enabling it to fit within the space where they would be stored, she said.

Everything has been designed so regardless of how it is packed, it can be moved by one person.

The transitional museum provides a place of interaction, reflection and celebration.

While many of its pieces have been made by others, the Titi exhibition is one all visitors can contribute to.

Everyone has the opportunity to carefully fold black card into the muttonbird which will be carefully hung with the hundreds of others already in place. There is room for about another 3000 or 4000 to be installed.

For He Waka Tuia museum co-manager David Dudfield this exhibition symbolises the changing nature of museums which are becoming more interactive.

In the future visitors would be able to visit exhibitions touring from other parts of New Zealand, he said.

"We’re all about access and getting what people want to see," he said.

"We haven’t forgotten about our past even though we’re surging a future together.’’