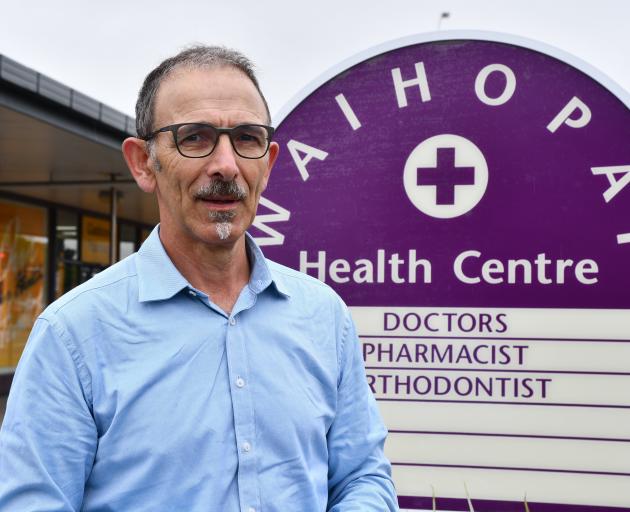 when it was reported Southland Hospital daily ED presentations shot up to 127 this month, from an average of 108 from July to November.

This was almost as high as Dunedin’s presentations, despite Invercargill having less than half the population.

It had been an issue for a number of years, he said.

It appears that people have been using the hospital’s ED instead of going to a GP.

Dr Graham did not have a figure for the number of people not enrolled with any GP practice, but the estimate was 5000 to 10,000 in Invercargill.

"Practices are telling us they’re trying very hard to see patients when they need to be seen."

More GPs had to be trained or brought in from overseas to meet the shortage, he said.

Cost was one factor that led to a high rate of ED presentations.

"We hear it said there is probably a pattern of behaviour in Invercargill of people presenting to ED as their first point of call."

In his report to the committee, SDHB executive director of specialist services Patrick Ng said many of Southland’s ED presentations were primary-care level presentations.

He said that WellSouth
would need to tackle access to timely, affordable in-hours primary care.

Data suggested up to 40% of Southland patients may not be aligned with any GP practice.

He suggested the primary health network did not have the capacity to take more patients if the ED took a harder line.

The issues were multiple but mostly came down to chronic underfunding, he said.

Costs to patients had increased, which acted as a barrier.

"We haven’t had any increase in funding to utilisation rates since 2003."

The process worked the other way as well, in that when DHB staff were "squeezed", they pushed work out into primary care, he said.

These issues accumulated in that those who were unable to enrol with a GP had no option but to go to hospital.

Up until a few weeks ago, they kept a waiting list of potential patients.

However, it could have been a four-month wait for some and it was "ridiculous" keeping it.

Referring to aid from central government, he said he found its attitude unsympathetic to the needs of primary care.

Primary healthcare providers could see anything from stubbed toes to coughs and colds.

He said if primary health services were stretched, this put stress back on to the hospital system; for the broad health system to function, primary care needed to be well resourced.

Southern DHB chief executive Chris Fleming said it and the PHO were working together to develop solutions to enhance timely access to primary care, including urgent primary care.

He said the community was encouraged to see their GP first.

Two major problems i) The 2 med schools train too few kiwis for the job. Letting in heaps of foreign students, whilst replacing the best applicants with PC/quota applicants. We reject 11/12 of applicants in Otago and I am pretty most of those could have met the standard if they were 'foreign' students. ii) The ratio of front office (doctors/nurses etc) to admin staff has exploded, albeit, the wrong way. The health budget is soaked up by ever increasing admin staff numbers- just ask the mid/lower-level doctors, they know what is going on.