By Ben Waterworth
0 Comments
When Russell Crowe decided to auction a variety of his personal belongings to help fund his divorce, few would have guessed it would lead to Invercargill hosting some of the special items in the history of New Zealand cricket. 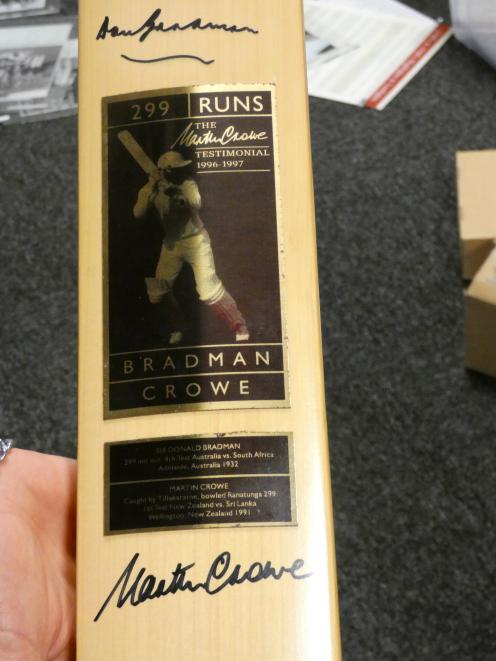 But that is exactly what happened, and now the city is set to be the first place outside the Basin Reserve in Wellington to display the items at the temporary home of the New Zealand Cricket Museum.

The museum is being moved from Wellington to Invercargill's Bill Richardson Transport World for the next eight months, while the Basin Reserve undergoes renovations.

The museum is set to open later this month.

Executive director of Transport World Joc O'Donnell said Crowe set the ball rolling for the museum to come to the Invercargill venue. 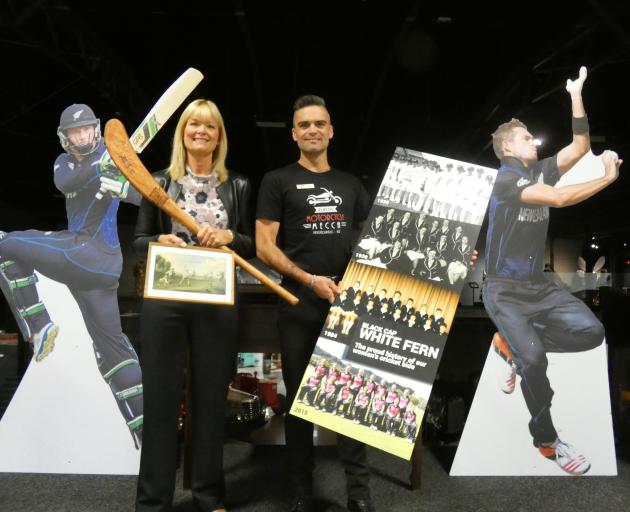 Bill Richardson Transport World executive director Joc O'Donnell and events manager Adam Reinsfield show off some of the collection to be displayed at the New Zealand Cricket Museum, which will be temporarily housed in Invercargill.

We assisted Cricket New Zealand in obtaining the bat that Russell Crowe was auctioning off, which was Martin Crowe's bat he scored his last century with,'' she said.

"When we did that, they talked about how they were going to be making some changes to their museum at the Basin Reserve.

"So we just sort of did a deal to bring the cricket collection down here for a little while while they were doing their renovations."

The Otago Daily Times was given a sneak peak at the museum this week, as some of the items were being unwrapped and put on display.

Alongside Martin Crowe's bat will be the only major trophy the New Zealand men's side has won, the 2000 ICC Knockout Trophy, a string ball made by Australian and New Zealand soldiers in a prisoners of war camp in Italy in 1942, as well as a bat signed by both Sir Donald Bradman and Martin Crowe from Crowe's testimonial in 1997.

There will also be a display celebrating women's cricket, as well as New Zealand's history in the Cricket World Cup. 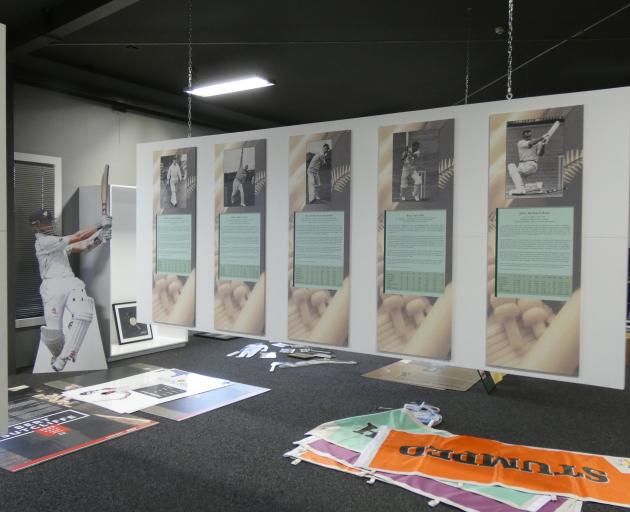 Some of the collection to be displayed.
The museum will be officially opened at an event on February 22 by legendary "double All Black'' Brian McKechnie, who will be the guest of a special evening hosted by Jamie MacKay.

Transport World events manager Adam Reinsfield said they were thrilled to be able to host the evening to show off the museum.

"We're pretty lucky to have these guys in Invercargill for the night. It's a great way to showcase the collection and it'll just be a really great evening.''

Tickets for the evening are on sale and the museum will open following the evening.

It is expected to be housed in Invercargill until Labour Day weekend, in October.