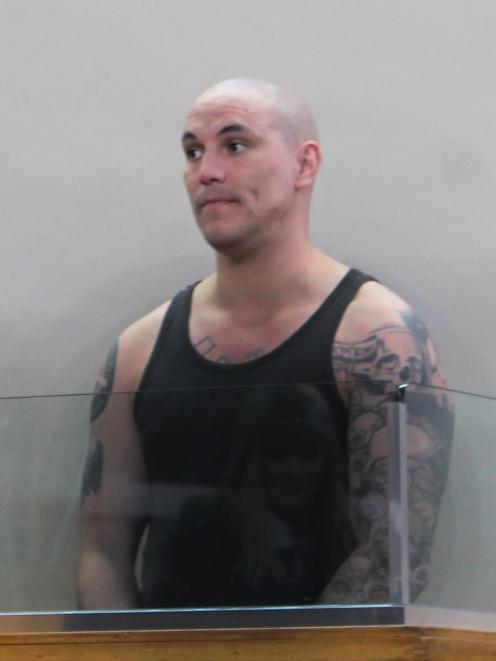 Jamie Lee Phillips (31) was sentenced yesterday in the Invercargill District Court by Judge Russell Walker after pleading guilty to 14 charges which included aggravated robbery, wounding with intent to cause grievous bodily harm and theft.

Judge Walker told the court that on July 30 last year, Phillips and an associate stole a car at Pork Pie Lane and petrol from a service station in Gladstone,

then drove to the convenience store.

With a black hood over his head and a beanie covering his face, Phillips entered the store with a knife and imitation pistol and demanded cash from a 17-year-old girl working by herself.

A member of the public who was in the store at the time told Phillips to desist.

An altercation took place and during the struggle, the member of the public was stabbed in the abdomen with a 30cm knife.

Phillips’ associate, who was acting as a lookout outside the store, entered the building and punched the victim before picking up money. Both men then fled the scene.

Phillips was also sentenced on charges relating to two other incidents, in which he stole another car, drove recklessly and failed to stop when requested by the police the day after the Night ’n Day robbery, and assaulted another inmate while in prison.

Counsel Sonia Vidal played footage to the court of the Night ’n Day incident to support her client’s claims he did not intend to use violence against the young worker.

She said that as soon Phillips was confronted by the member of the public, he tried to back out and leave the store.

The confrontation had escalated and, unfortunately, that resulted in the injury to the victim, she said.

She said her client was extremely remorseful and, since he was arrested, had been taking steps to change his life.

Ms Vidal said her client should be treated no differently from his co-offender, who was sentenced to three years and eight months’ imprisonment earlier this year in relation to this incident.

Judge Walker said a psychological report provided to him acknowledged Phillips’ efforts to change his pathway.

The author of the report wrote Phillips should use the time in prison to ‘‘reinvent’’ himself.

‘‘He says, to your credit, that you’ve been reflecting on who you are and you recognised yourself that was time to make a new start,’’ the judge said.

Judge Walker sentenced the defendant to five years and 10 months’ imprisonment, suspended his driver’s licence for three years — in relation to the driving charges — and ordered him to pay more than $350 in emotional harm to the victims.