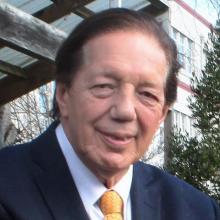 The court confirmed yesterday the hearing, expected to take three days, would begin on February 8.

Sir Tim filed legal proceedings in March last year, effectively "suing" the Invercargill City Council (ICC) for more than $400,000 to try to recover costs for the defamation case brought against him by former councillor Karen Arnold.

The mayor had tried to recover costs from the council in 2019 but was turned down.

"He asked for cover under the section 43 of the Local Government Act and the council declined, so he is now suing us for the money," she said last year.

At the defamation court case in 2018, Ms Arnold alleged Sir Tim and Stuff had defamed her through Sir Tim’s comments in four opinion columns published by The Southland Times in 2014 and 2015.

After the jury ruled in Sir Tim and Stuff’s favour, Ms Arnold sought a retrial. This was declined by Justice Jillian Mallon.

She was ordered to pay costs of more than $186,000 to each party, but she was subsequently adjudicated bankrupt.