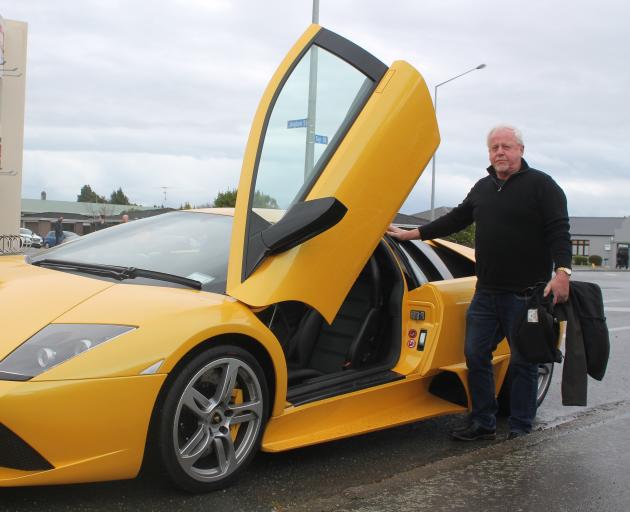 The 9-year-old Invercargill lad was excited at the weekend when he was able to sit for the first time in one of his favourite models, a Lamborghini.

The rare model was among the cars taking part in this year’s Avid 2000 rally that started in Christchurch last week and made a pitstop in Invercargill on Saturday for a visit to Bill Richardson Transport World.

More than 60 cars were parked at the entrance of the facility, to the delight of many Invercargill residents who went there to check the "machines".

Bede and his dad were among the enthusiasts.

"This is my first time sitting in a car like this. It is pretty cool and exciting."

The Lamborghini’s owner, Cromwell man Steve Lyttle, invited the children and car enthusiasts to sit and play with the car. 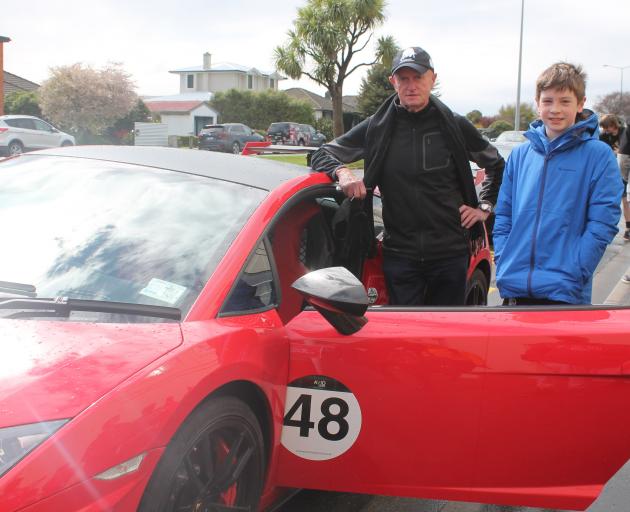 Cromwell man Steve Lyttle shows his Lamborghini to Bede Scully, of Invercargill.
He was used to having people looking and wanting to check it out, he said.

"It is half of the fun of owning it.

"Lots of people own cars, but they don’t allow the kids to go even near them. It just a car and kids get so much pleasure out of it."

Invercargill man Colin Clay was not taking part in the rally, but drove his Lamborghini to the event.

"There are not a lot of cars like these in Invercargill, so it is good to come see other ones."

"Things have been a bit quieter, so it is great to have them visiting us and their cars bringing excitement to everyone."