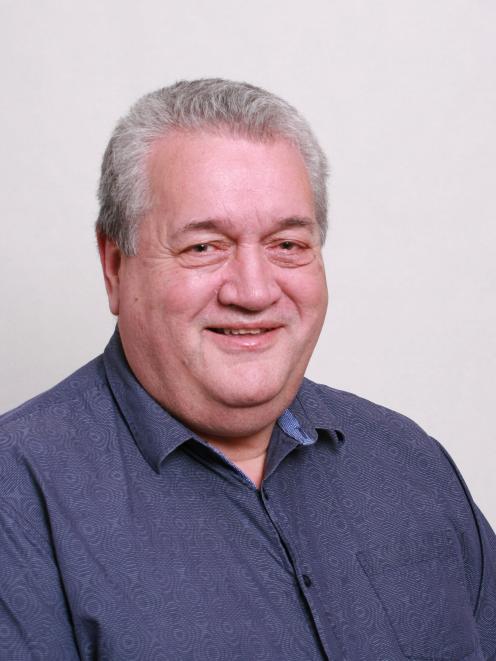 Wayne Harpur. PHOTO: SUPPLIED
A former Invercargill City councillor believes a freshen-up of local body representatives would be the best for ratepayers.

Businessman Wayne Harpur will make a public submission to council next week asking all councillors to step down so as to trigger a by-election.

He confirmed yesterday he would stand in the upcoming by-election following the resignation of deputy mayor Toni Biddle last month.

"I will be actively encouraging the incumbent councillors to resign en masse and use the opportunity of this by-election to revalidate their mandates at no additional cost to the ratepayer."

Mr Harpur was at the council for one and a-half terms after another by-election process.

When asked why he would like to return, he said, because council was an "absolute" mess.

He received 6513 votes in 2019’s election — only 109 fewer than Peter Kett who was the last councillor to secure a spot at council’s table.

The new by-election comes amid a probe into the council by the Department of Internal Affairs, which has raised concerns about "significant conflict".

Chief executive Clare Hadley said last month a preliminary timetable would get nominations called for in November and closing in December, with voting to open between late January and mid-February.

The Otago Daily Times spoke to other candidates about their intentions to stand.

Former councillor Lindsay Thomas, who had 6511 votes, gave a firm "no".

"Why join the circus when there is no ringleader?"

While he stressed he had enjoyed his time as councillor and believed the city had good representatives, he did not want to be part of it in the current situation.

Kari Graber got 6376 votes and was considering her position.

"A lot of people are telling me that I should try again. I was sure I would do that on the next election, but now it can be a good opportunity."

She said she would make a final decision closer to the deadline as she wanted to see how "council will play" in the next month.

"I want to contribute in a collaborative environment."

Barry Chilton, who had 6206 votes, was "tempted" but unsure.

She said she was "disgusted" at the way council was behaving towards the Invercargill Mayor, Sir Tim Shadbolt.

"I’m really annoyed. He [sir Tim] has as much the right to be the mayor as they ... [have to be] councillors. Everybody was voted in."

Steve Chernishov, who got 3168 and tried for the mayoralty, said he would "give it a go".

Other candidates could not be reached.