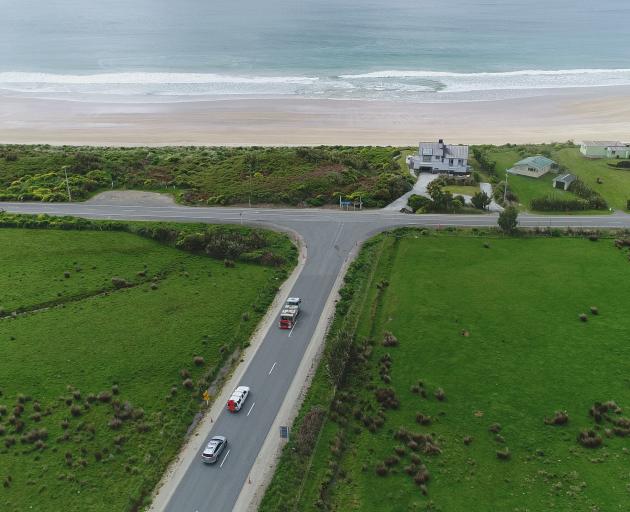 A section of Southland's Catlins coast alternative route that has been sealed to make it safer for drivers. PHOTO: SUPPLIED
After 18 months of toil, 23km of gravel road on a popular tourist route has been sealed and officially opened.

The Southland District Council held an opening function at the Slope Point car park yesterday, which was followed by a get-together at Curio Bay's CurioScape.

The event marked the completion of the Catlins coast alternative route.

The route included popular tourist destinations such as Slope Point, which was the southernmost point of the South Island, Waipapa Lighthouse and Curio Bay, he said.

The SDC, NZ Transport Agency and The Roading Company teamed up to ensure the work could be done.

Fewer crashes are expected on the stretch of road with the completion of the route.

High traffic volumes on what was predominantly gravel road was a big hazard, Mr Hare said.

"That was one of the big drivers for getting that project across the line."

He said data showed there had been 58 crashes on the unsealed section of road from 2005-15, 66% of them between November and March, which corresponded with the tourist season.