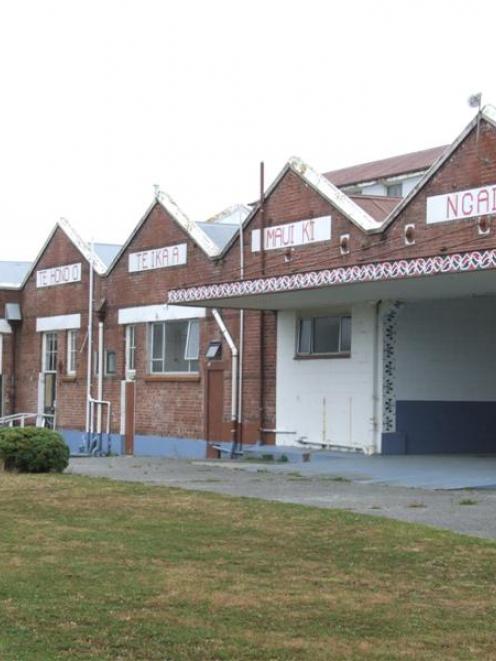 A committee comprising 14 people has been working towards making the marae a fully functioning focal point of the community.

Mrs Edwards stressed the marae was open to any ethnic group.

Currently the cost of heating the marae for events was prohibitive for the committee, Mrs Edwards said. It could cost up to $500 to run the marae for three days for one event, she said.

In order to make the marae, which was formerly a dairy factory, more energy-efficient it was envisaged a new heating system along with gas hot-water heating, ceiling insulation, a kitchen renovation, including relining the kitchen with easy clean surfaces, a walk-in chiller and new toilets would be undertaken, she said.

It was estimated it would cost about $100,000 to complete the renovation project, she said.

As well as upgrading the marae, the committee was keen to start running cultural programmes including kapa haka. However, Mrs Edwards said funding would have to be found to run the sessions.

‘‘We would like locals to use their talents in the traditional arts [as tutors],'' Mrs Edwards said.

Since marae founding member Kerry Kahuroa had died five years ago, marae proponents had found it difficult to find someone of that calibre with his range of talents to carry on the work on the partially completed wharenui and to provide tuition in some of the traditional arts, she said.

‘‘No-one has filled his shoes; we still need to keep the cultural heritage alive,'' she said.

Mrs Edwards was encouraged that some people who attended a Mataura Community Boardhosted meeting called to discuss an underage drinking culture in the town had offered to help the committee get the marae up and running.

Once the marae was up and running it would be good to see it function in conjunction with the new Mataura community centre, Mrs Edwards said.

Mrs Edwards and her husband Rulon were looking forward to the marae becoming a focal gathering point for the community, as it was in the past.

Mrs Edwards had glowing reports about tangi that had been held at the marae, which indicated there was a need to keep the facility operating and to pass on the cultural practices to upcoming generations.

The marae complex included four flats and one option was to subdivide some land and a house also belonging to the marae and sell it, she said.

- If anyone is keen to help with the restoration project or be involved with the marae contact Mrs Edwards on 027 503-7275 or email vaness@xtra.co.nz
The Ensign
Comment now