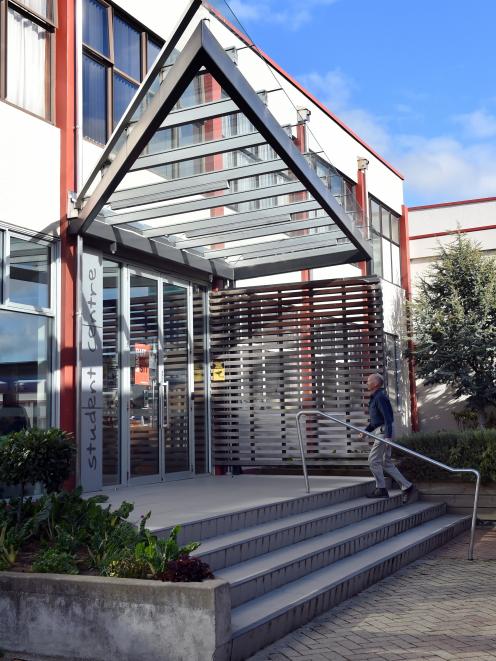 The Southern Institute of Technology building. PHOTO: PETER MCINTOSH
They hoped for the best but expected the worst.

The Government’s decision to merge all institutes of technology and polytechnics into a single entity "unfortunately" was not a surprise to SIT chief executive Penny Simmonds.

"Well, it is what it is. We were hoping for some changes ... but we were expecting this outcome. We have been preparing ourselves for this moment."

The move merges 16 polytechs and institutions under the New Zealand Institute of Skills and Technology umbrella.

Mrs Simmonds said important points were "up in the air", including cash surplus and net assets, believed to be worth more than $140million.

"We always knew that SIT would always be disadvantaged in relation to the other polytechs because we created a successful business.

"But our main concern is retaining the assets that are important to the community."

The SIT accommodation building was an example.

"SIT spent a lot of time and funding to not impact the region’s rental marketing.

"We built our own accommodation to attract international students but also to avoid any conflict in housing in the region."

The sponsorship of sport teams was also uncertain.

Those decisions would be made by the new subsidiary board, which would replace the SIT council.

"The current SIT council will be disestablished on March 31 and the new board starts on April 1.

"I believe we will not see a lot of changes until the transition is completely made.

"We will try to make the best of what we have."