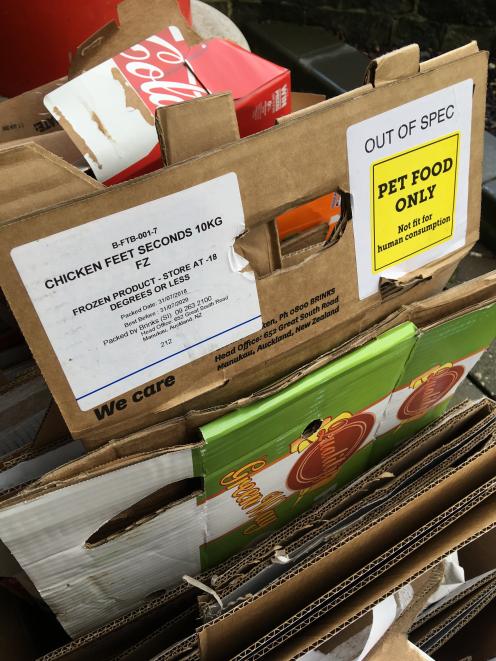 Last week, the owner of the Hong Kong Restaurant, Lisa Wang, told the Otago Daily Times it had been selling chicken feet seconds to Chinese customers who requested the meal known as tuo gu ji zhua.

A picture of a box in the restaurant's recycling which labelled the chicken feet as "not fit for human consumption" had been posted on social media earlier in the week.

The post prompted a visit from the Invercargill City Council's environmental health team, who were told the items were for personal use only, and not provided to customers, nor offered on their menu.

Environmental health team leader Betty Holden said council staff visited the business again on Friday and confirmed there was no product of the type listed on the box inside the restaurant.

"We are confident that the product identified in the photo is not on site, and the owner has reassured us it will not be served to customers."

The owner's obligations under the Food Act were discussed again, she said.

The council would continue to work with the business owner to ensure the restaurant provided safe and suitable food to the public.

• An article in the Otago Daily Times (16.8.19) stated senior environmental health officer Ann Thompson visited the restaurant on Thursday to investigate claims of pet food being used in a dish. This was incorrect. It was a member of her team who visited the operator - on Wednesday, not Thursday.