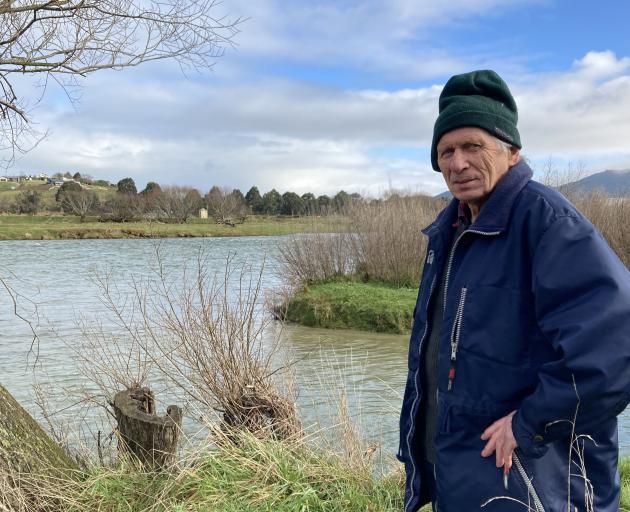 Gore resident Jack McIntyre next to the Mataura River, which separates the water well from the new treatment station. PHOTO: MATTHEW ROSENBERG
The Gore District Council is pouring millions of dollars down the drain with a new water pipeline system, a resident claims.

However, the council is standing by its decision to run pipes almost twice the distance of a direct route, making use of a controversial bridge project in the process.

Jack McIntyre is a retired mechanic who lives on a rural block behind the East Gore treatment plant — the new home of water purification for the town of 12,000.

The council decided to centralise treatment at East Gore because of constraints at the current site, but the new arrangement means water now needs to be pumped across the Mataura River.

A controversial new walking and cycling bridge will be the link between Jacobstown Wells on the town side of the river, and East Gore treatment plant to the north. 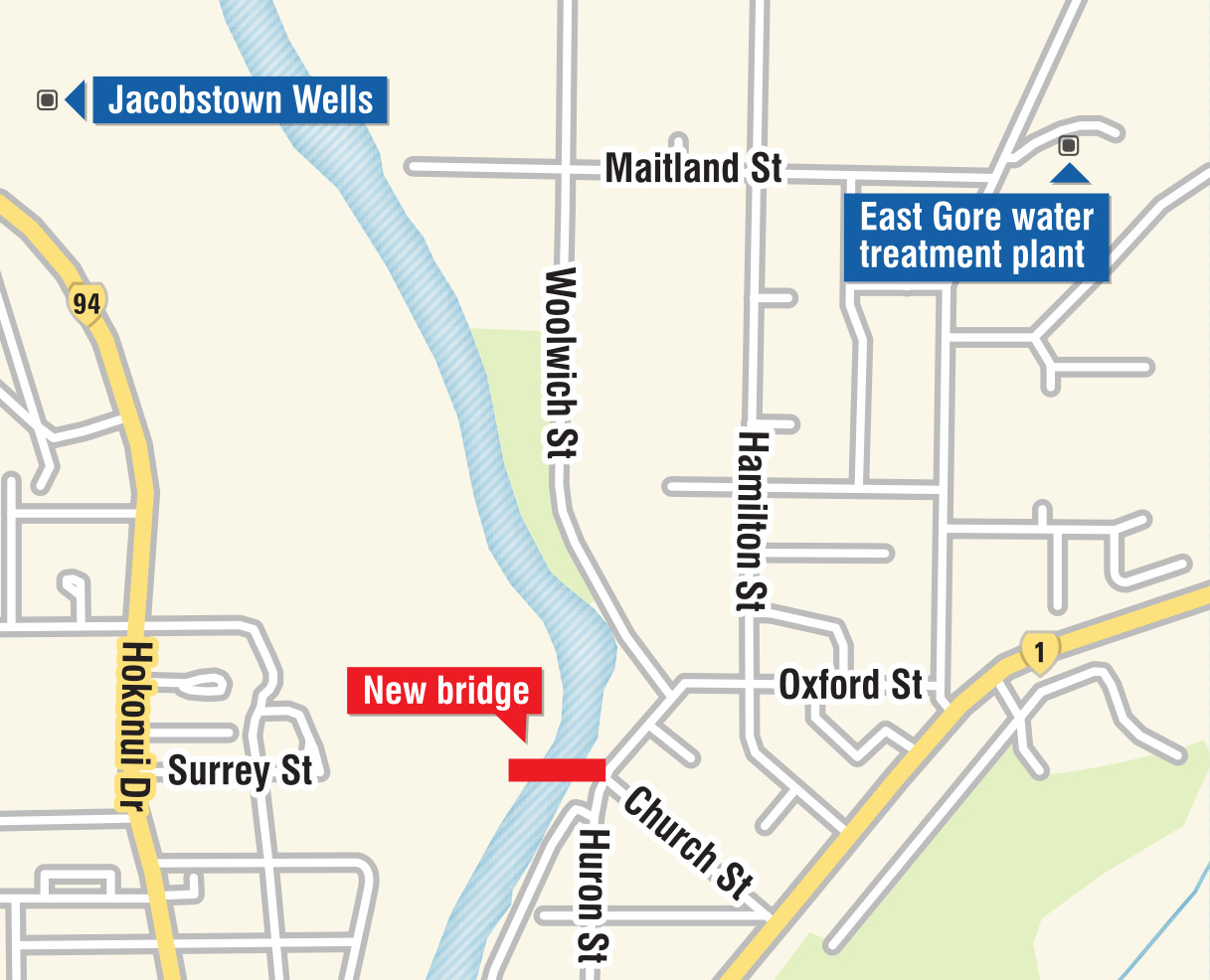 The Gore District Council wants to use the new bridge to pump water between the two points.
But Mr McIntyre, who has submitted to council as part of its 10-year plan, believes the pipes should run in a direct line between the two points, instead of diverting about 800m downstream to the bridge and back up.

The diversion almost doubles the distance the water needs to travel, which Mr McIntyre said added up quickly considering the pipe cost $871 per metre.

"The cost of putting the pipe down through where they want the bridge is about $3million more than just going straight up there like this," Mr McIntyre said, pointing out key landmarks next to the Mataura River.

"There hasn’t been one single councillor ring me and say ‘hey, what are you going on about Jack?’ I thought they work for us," Mr McIntyre said.

He was well-connected within the construction industry and had been told the council’s proposed route was "hard digging".

Part of the council’s pitch for the installation of the new bridge, which was opposed in an online petition by more than 1000 people, was its ability to carry water pipes.

The council estimated sending the pipeline via the new bridge would cost $2.5million.

While piping in a direct line would cut that figure in half, the council pointed out the river was at its widest point between the wells and the treatment station.

Building a bridge in line with those two points would cost $5million as opposed to the $3.7million at the approved location, the council said.

The council also believed it would not be eligible for already-approved funding of 55% from the NZ Transport Agency because of the less desirable location.

But Mr McIntyre pointed out many Gore residents were opposed to the bridge, and could not understand why council did not just run the pipes underneath the river.

By not going ahead with a bridge, and halving the distance of the pipes, the council would immediately free up almost $3million, he said.

A council spokesman said the council considered drilling pipes under the river but decided against it based on "recent experience".

"There is quite a lot of uncertainty and risk associated with that, and the potential for cost escalation [including] changing geological conditions and the effect it has on the drilling process," Mr McIntyre said.

The council website said the new bridge would be funded by way of a loan, so as to "spread the cost across generations of beneficiaries [Gore residents]".

Mr McIntyre made his submission at the council on June 1, but was not asked any questions on it.

"What you’ve said is no surprise to council. We’re well aware of the thoughts you have over a period of time. This is not the first time we’ve seen this," Mayor Tracy Hicks said.

He was thanked for "submitting a submission that has [left us] a lot to ponder on."

The upgrade of the East Gore treatment plant is expected to be completed by the end of this year.

At 39m high and 90m long, the bridge will be the longest and tallest cable-stay bridge in New Zealand.

“Thinking” people are hugely concerned at the extremely destructive route the Prime Minister is taking our country. She seems hell bent on furthering her agenda of total onerous control of our lives. Gore District Council has been taking its ratepayers down the slippery path for a number of years as economics no longer plays a part in its decision making process.