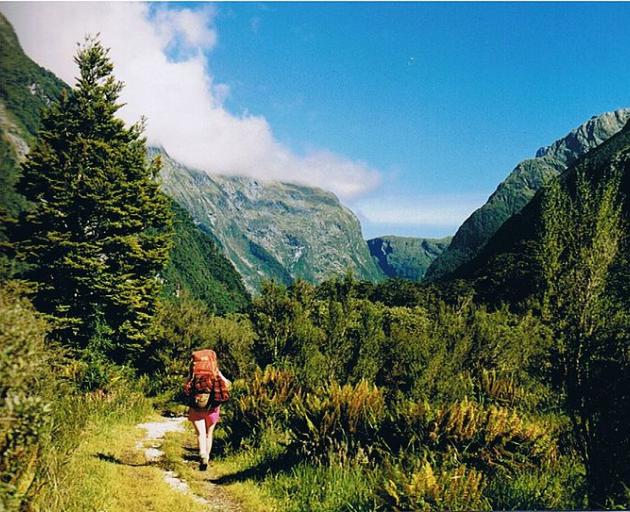 Hikers have been unable to do the full walk near Te Anau since flooding caused damage in February.

Conservation Minister Kiri Allan said hikers would be able to complete the walk end to end from today.

"The reopening is a milestone in the flood recovery work taking place in the Fiordland and Mt Aspiring national park areas.

"Having the Milford Track officially reopen for this year’s Great Walk season is testament to the hard work achieved by both the Department of Conservation and the many contractors involved in the rebuild work."

The Milford Track and nearby Routeburn Track were among the 78 tracks damaged by a three-day storm on February 4-6.

This resulted in a major search and rescue operation, damaged 440km of tracks and wiped out infrastructure such as parts of the Milford road.

Lake Howden Hut on the Routeburn Track was hit by a landslip.

"Completing repairs and getting this iconic track back up and running has been a priority for Doc to support the local community and show the area is open and welcoming visitors this summer season," Ms Allan said.

The Government spent $13.7million on repairing conservation and visitor infrastructure destroyed in the February flood.

Repairs to the most damaged sections of the track and bridges have been completed, but some minor repair work is still to be done in the coming months.

Damaged sections in the Clinton Valley were repaired during winter.

This enabled a partial opening of the Milford Track at the start of Great Walks season on October 27.

The Routeburn Track is scheduled to reopen in full from December 7.