It was one small step for the Invercargill community, one giant leap for a 12-year-old school pupil in the city yesterday.

Southland Girls’ High School pupil Sophie Ineson has been campaigning to get more women involved in the space industry — starting with her own schoolmates.

Last year, she won New Zealand’s inaugural Nasa essay competition in the years 7 and 8 category and, following that, was recognised by the television show Fair Go in its Consumer Heroes competition for her winning entry about the lack of women working in the space industry. 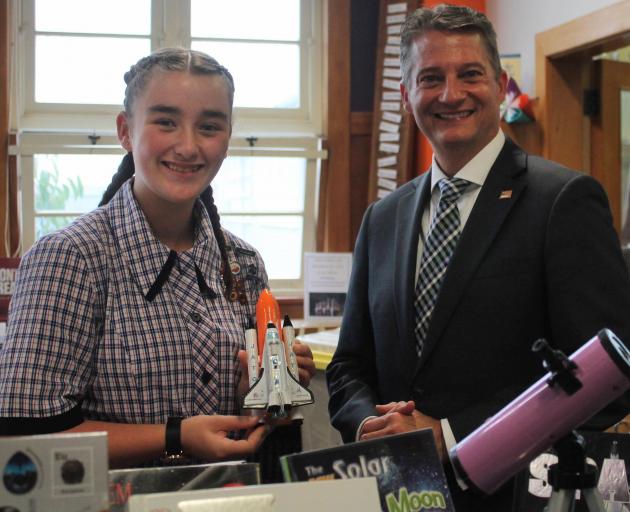 US embassy staff saw the TV segment and contacted the school to arrange a visit of its Charge d’Affairs Kevin Covert and three New Zealand women who had recently completed internships with Nasa — Rose Swears, Lynley St George and Emily Kendall.

They spoke to 350 pupils and answered questions about the industry, their own pathways and, of course, women in the industry.

Sophie was overwhelmed by the opportunity she was able to provide to her fellow pupils.

"I think it is very cool they get to learn ... space is for everyone, not just for astronauts or men."

"Getting the internship with Nasa was amazing because it showed me that I could do it."

She hoped her experience could help Sophie in her pathway.

"It is really inspiring she knows this young exactly what she wants to do.

"I think young women can do anything they set their minds to and it is fantastic to see them just go ahead and take that on."

Mr Covert was impressed with Sophie and thought it was a great opportunity to talk to her and the school pupils about the United States’ space co-operation programme.

"She [Sophie] is inspiring. She is asking the big questions and she is articulating a dream.

"She showed all of us that is possible. It is an honour to meet her and introduce her to some of the young women in New Zealand who have gone into Nasa for internships."

He said he already spoken about Sophie to Nasa’s staff — and would put in a good word for her future pathway.

"We are waiting for her resume, any day," he said.