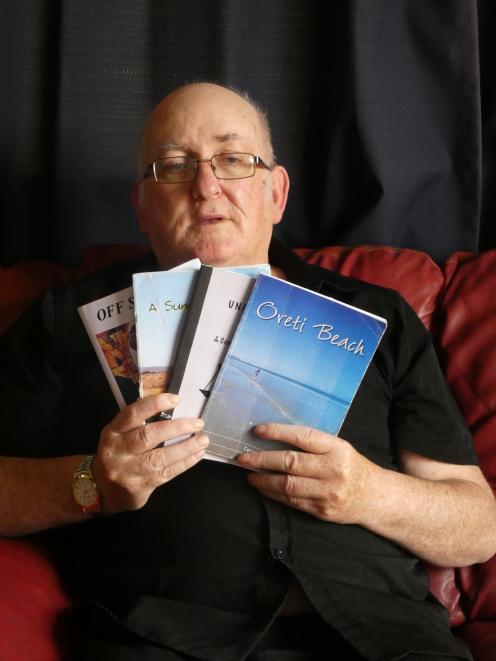 Terry Lynch has been writing poetry for 35 years and said using words as an ''expression'' during his own mental health battles had helped him in tough times.

After being involved in an accident 30 years ago, in which someone died, Mr Lynch used poetry to help cope with his rehabilitation. He published the first of five books after a stint in hospital.

He then found himself joining several community consumer groups to help those with similar mental health battles.

It was a key factor in his recovery after the accident, he said.

Recently Mr Lynch has used his poetry in live performances, with his one-man show, ''Mud'', sharing a variety of experiences and using spoken poetry to express feelings to the audience.

He has performed the show more than 20 times to audiences in Christchurch, Queenstown and Invercargill and recently returned from performing in Australia.

He also helps out others through his radio show Calm Minds on Radio Southland.

''I try to put a positive spin on what they've done, even by having a mental illness. If they are managing their illness or if they are getting on with their lives they are survivors. They are winners.''

Mr Lynch is working on a sixth book he hopes will be published this year.