By Luisa Girao
0 Comments
A partial horse skeleton, a child’s shoe and a clay tobacco pipe are among the historic artefacts found at the Invercargill CBD site to date.

More than 90%, or 14,700sqm, of land has been cleared since January on the block bordered by Esk, Kelvin, Tay and Dee Sts.

Archaeologists are working alongside the diggers to uncover thousands of hidden gems and objects which are part of Invercargill’s history.

She believed there was more to come.

One of the most popular discoveries was the sign from the former Brown Owl building at a veranda next to the Government Life building. 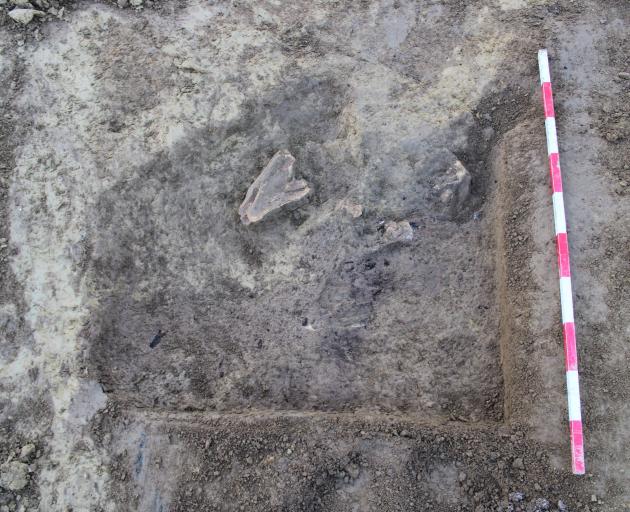 Bones of a horse, thought to have been disposed of in an ‘‘opportunistic burial’’, were uncovered in a shallow pit. PHOTO: SUPPLIED

She said the place was a tearooms, milkbar and cake shop from the 1920s to the 1940s before becoming one of the first licensed restaurants to be able to sell alcohol in this country.

"It is quite a deep history there ... It would be a place to be, back in the day. We had a few people mentioning remembering going there."

In her opinion, one of the most "neat" findings was a tobacco smoking pipe which had the form of a monkey’s head on its end.

It was found near the back of the Zookeepers Cafe building.

"It was pretty unusual and cool finding for us." 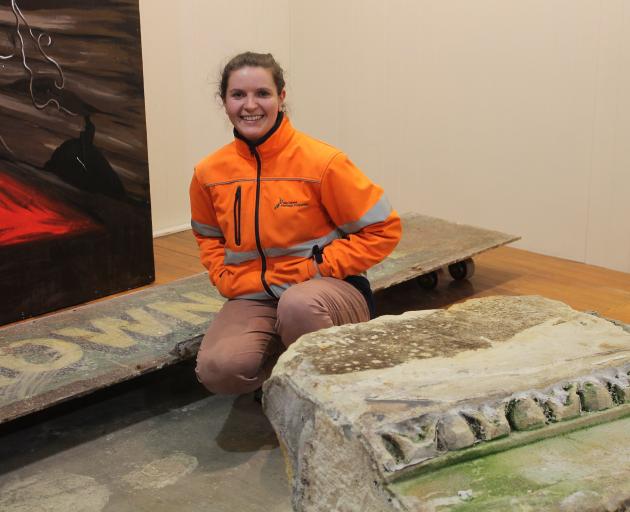 Several shoes and glass bottles related to traditional businesses in the area were also uncovered, including items from Moffett & Co and Mitchell & Co from 1870s,

A partial horse skeleton — jaw, teeth, scapula, cannon bone and other fragments — was uncovered in a shallow pit beneath the back of the Macpac building.

"We believe this may have been an opportunistic burial, where the horse has died and they have dug a small pit to dispose of it along with household refuse."

Those and several other artefacts would be in display at the information hub at the Bank of New South Wales building.

Invercargill Central Ltd communications manager Amy Hibbs encouraged people to visit the site to find out more about the objects and the future development.

She said the relics would be incorporated in the new project.

Ms Lawrence was confident the team would find more treasures at the site.

The demolition is set to be completed by mid-September and the Farmers store — the first one in the new development — is expected to open its doors in May 2022.