Reassurance all homicides were isolated 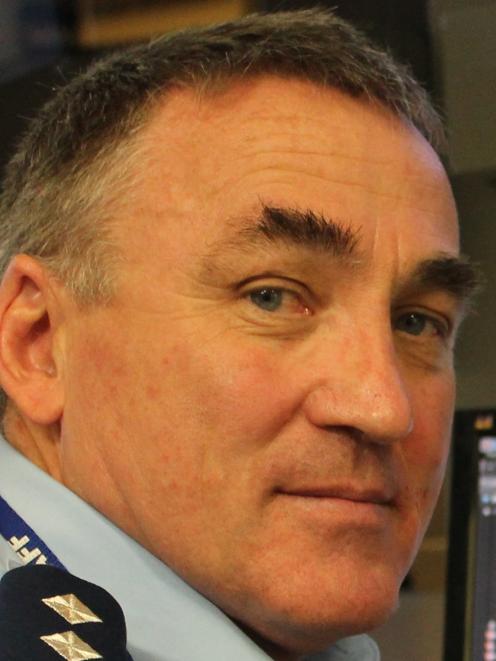 Mike Bowman
Police have assured Invercargill city leaders the recent homicides in the area were "not part of a bigger picture".

The meeting followed the discovery of a body at a property in Oreti St, Invercargill on Sunday evening.

That incident followed two homicide investigations and one attempted murder in the city within the past two months.

The first homicide investigation began on October 30 when a youth was charged with the murder of a 9-year-old boy in the small Southland town of Otautau.

This was followed by an incident on November 17, when police discovered the body of a 22-year-old woman at the Bavarian Motel, in Waikiwi.

A 31-year-old man was subsequently charged with murder.

Amohanga has been charged with attempted murder.

Insp Bowman said the meeting was an opportunity to reassure the council the incidents were isolated.

"Councillors wanted clarity on whether there was a link that could have indicated the incidents were part of a bigger picture.

"We were able to say there wasn’t and quickly alleviate that worry."

He confirmed in all three incidents, the people involved knew each other.

The community wanted and needed to hear the events were not connected, he said.

"They have to trust police have it under control, it’s also about public reassurance around safety."

"We work really collaboratively with them to come together and get solutions."

The mayor and deputy mayor were "more than happy" to look at opportunities to work together to "reduce re-victimisation", he said.

"We encourage the community to look after each other and take positive action."

In a joint statement, the mayor and deputy mayor said addressing the issue with police was brought up at a recent mayoral forum.

The driver for the meeting was to "better understand" what police were seeing in the region and what community leaders could offer in support, they said.

"Having spoken with Inspector Mike Bowman today, we are reassured that police are working incredibly hard to support our wider community, and especially those directly affected by these tragedies."

"We are extremely fortunate in many ways that Invercargill and the wider Southland community is strong, and incredibly connected.

"However, this does mean that incidents like these affect us all.

"We encourage anyone affected to reach out and check in with their friends, family, neighbours, and make sure they’re OK."

He was remanded in custody until appearing in the Invercargill High Court on January 21.

There is a problem with crime prevention. Maybe the South needs more police.