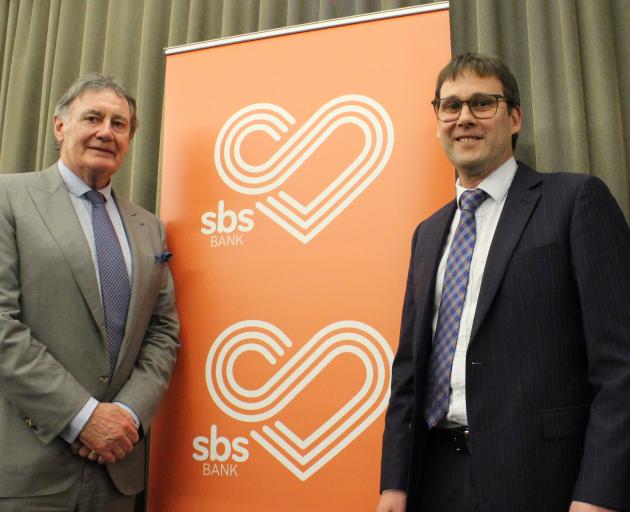 During his presentation at the meeting, Mr Ward said the 2021 financial year began in the ‘‘shadow of Covid’’.

In the annual report, Mr Ward said the pandemic forced the company to adjust to different ways of banking during the first quarter, with the focus on quality growth and service.

‘‘As a result, we succeeded in overcoming the significant challenges we faced.’’

SBS group chief executive Shaun Drylie said the resulting record profit was a tribute to the executive and staff who worked for the bank, he said.

The bank was about to release a new product on to the market which went back to the roots of why SBS was set up in the first instance.

FirstHome Combo, to be released on Monday, would invest $7million, to really ‘‘go above and beyond’’ to support people into their first home loans, he said.

The annual report results make for a positive read.

After the meeting Mr Ward said he was leaving the SBS board with an overwhelming sense it was in a great space.

Mr Ward had become involved in the bank in 1991 as part of the Ginger Group, formed to oppose the sale of SBS to Westpac.

In 2002, he became a board member and was nominated as board chairman in 2012, when Acton Smith left the position.

While there had been struggles during his tenure, such as Covid- 19, the Global Financial Crisis and earthquakes in Christchurch, to come through those events with capital intact showed how strong the bank was.

The advice he gave to incoming board chairman Joe O'Connell was for him to ‘‘always keep his eye on the ball’’.

He believed Mr O'Connell’s ability to connect with people was a major positive in taking on the chairman’s role.