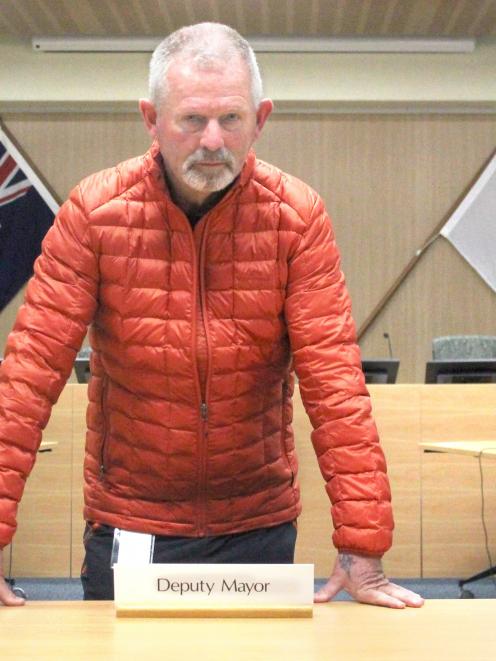 Nobby Clark. PHOTO: ODT FILES
The Invercargill deputy mayor wants his council to be part of an alternative Three Waters “push back” group which aims to seek a different outcome for the reforms.

Cr Nobby Clark has put forward a notice of motion, to be debated at the next infrastructural services committee meeting, asking the council to consider joining a group of councils, led by the Manawatu District Council.

The group is advocating for a different solution to the Government’s Three Waters reforms.

There was unease at a number of councils which felt Local Government New Zealand was no longer advocating for their interests in relation to the proposed reform, Cr Clark said.

‘‘I’m hopeful we will join the group. The group is not intended to replace Local Government New Zealand — it is solely created to address the Three Water issues.

Among the concerns were the robustness of cost figures presented by the Government, the loss of water assets and the division of seats between councils and iwi on the regional working groups, he said.

The last option was not recommended as Mrs Hadley said LGNZ advocated on a wide range of issues on the council’s behalf.

‘‘Our group has made significant progress already — a legal challenge has been lodged, a letter has gone to the Prime Minister seeking a meeting and we are about to launch our brand, media campaign and multipronged strategy, all aimed at changing the Government’s policy and finding Three Waters infrastructure investment models that are sustainable long term and acceptable to the communities who own these assets,’’ Mrs Worboys wrote.

Other than the Manawatu and Timaru District Councils it was not known which councils had joined, Mrs Hadley said.

In order to join the group, each provincial council would contribute $15,000 to a campaign fund which would be held in trust and administered by the Timaru District Council under the oversight and direction of the wider group.