PHOTO: ODT FILES
An 18-year-old Invercargill man has been sentenced to supervision for stealing a vehicle and scamming $12,000 over the internet.

Creed Michael Shane Perkins appeared in Invercargill District Court earlier this week, where he faced nine charges: one of theft of a motor vehicle and eight of obtaining by deception.

Judge Russell Walker told the court Perkins went to an Invercargill business on February 26 where a single-axel tipping trailer was secured to a metal cage by a chain and a padlock.

‘‘The chain links securing the trailer were cut, leaving the padlock intact and attached to the car before exiting the service lane,’’ the judge said.

The trailer was taken to an associate’s address, and after taking pictures of the car there, Perkins and his flatmate Liam Harrahnikau MacGregor — who was also part of the offending and was sentenced last month — started a scheme online.

The duo put the vehicle up for sale on Facebook under fake names.

Between the end of February and March 11, the two men engaged with nine people who were victims of their scam.

The pattern was similar on every occasion: the customer approached them and negotiated a price, then the men agreed on delivery or for the customer to pick the vehicle up at a random address.

The customers then deposited money in a bank account - but when it came time for them to collect to vehicle, no-one turned up and communication with the ‘‘seller’’ ceased.

On April 17, Perkins was stopped by police when he was driving in Clyde St and a set of bolt cutters was found in the vehicle.

After that, police started an investigation which led to the bank accounts of both offenders.

A large sum of money was found in MacGregor’s account.

After investigations, police concluded both men received $12,395.96 from the customers.

Judge Walker told Perkins he took advantage of people and one of the victims wanted him to go to jail.

Judge Walker told him he should be ‘‘a better role model’’ as he would be a father early next year.

He sentenced Perkins to nine months’ supervision and 120 hours of community work.

Perkins also needed to pay half of the reparation cost to the victims, which was a sum of $6197.98. 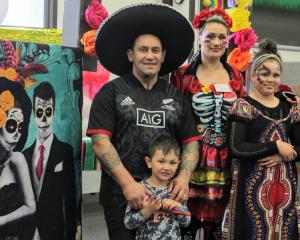