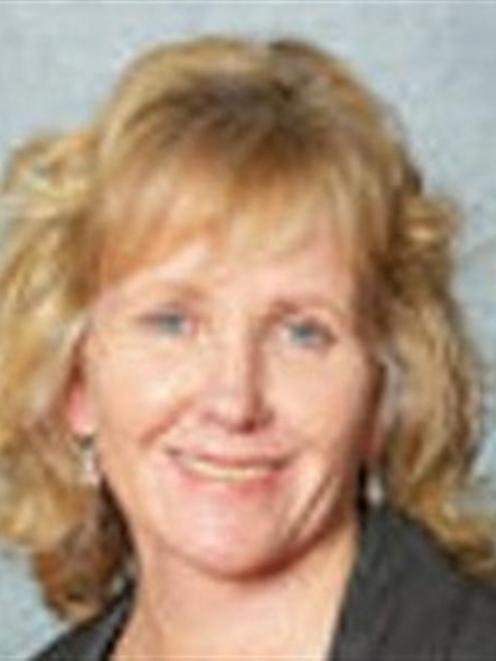 Ali Timms
Environment Southland chairwoman Ali Timms yesterday survived a meeting at which some of the councillors made it plain they wanted her gone.

The 7-5 vote of confidence in her leadership came at the conclusion of a sombre one-hour meeting. The result included Ms Timms' vote for herself. She said she had taken legal advice and was informed she was able to vote.

Ms Timms earned the unanimous disapproval of her colleagues last month when she telephoned Invercargill Mayor Tim Shadbolt on a regional television talk-back show and posed as Ruby, a mother of two whose husband had been made redundant from the Tiwai Point smelter.

The episode earned her strong criticism from some councillors yesterday. Cr Robert Guyton said she had ''shown a display of dishonesty'' and could no longer be trusted.

The five councillors who wanted her gone spoke of her lack of remorse, her breaches of the council's code of conduct, that she had destroyed her credibility, that what she had done had affected the public's perceptions of the organisation as a whole, and that if she stayed she would be trying to lead a divided council. Several called on her to resign willingly before the vote was taken.

Cr Brian Mason revealed councillors had asked Ms Timms to resign at an extraordinary meeting on December 12 but she had refused. At that meeting, a majority of councillors had granted her request for six weeks' leave on full pay, a decision he said had cost ratepayers ''at least $7000''.

Other councillors yesterday said while they did not condone her actions, one mistake had to be balanced against the good work she had done in her two years as chairwoman.

Acting chairman Nicol Horrell, who moved the vote of confidence, said Ms Timms had been a hardworking and effective chairwoman who had shown one lapse of judgement.

At October's local body elections, all councillors would be judged, he said.

''Let the people decide then whether Ali or any or us should stay or go. I am comfortable with that.''

Ms Timms was ''the most competent and professional chairman Environment Southland had ever had'', Cr Marion Miller said. She was a good communicator who was meticulous in relaying information to councillors.

''One mistake is not a hanging offence.''

Ms Timms, who spoke last, apologised for the telephone call, saying she regretted her ''stupid'' and ''dumb'' actions and could assure people there would be no repeat.

Asked by the Otago Daily Times afterwards whether she believed she could effectively lead a divided council, Ms Timms said she was making no comment.