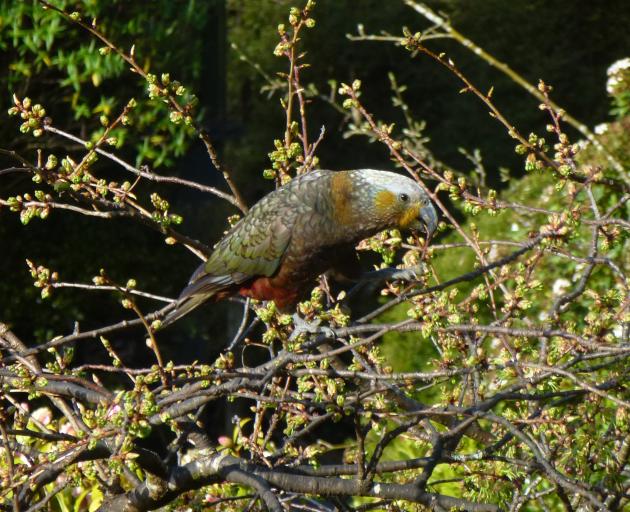 The wild kaka on an Otatara property in Invercargill last week. Photo: Nobby Clark
An endangered bird which has taken up residence in an Invercargill suburb is exciting bird lovers.

A kaka has been spotted flying around Otatara and seems to have made a home at one particular property.

Resident Nobby Clark said the native bird had been sleeping and feeding at his Otatara section for the past five weeks, but had been ''doing the rounds'' of the area.

The bird, which the Department of Conservation listed as endangered, was the first wild kaka to be seen in Otatara for years, Bush Haven bird sanctuary owner Russell Evans said.

Mr Evans and wife May had two kaka in their own sanctuary.

Otatara once had a healthy population of kaka, but deforestation and predation had driven them away, Mr Evans said.

''We've only just started, in the last few years, pest eradication, so we're getting rid of the possums, the rats, the stoats, the ferrets - that's probably one of the reasons that it's stayed so long. There's certainly enough food around here for them.''

The bird had most likely flown from Stewart Island, he said.

Mr Evans advised residents not to feed the kaka and to try not to disturb it.

Mr Clark, who said the kaka had not been seen for several days, believed fireworks had frightened the bird and urged residents to stop letting them off. 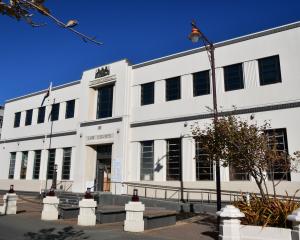