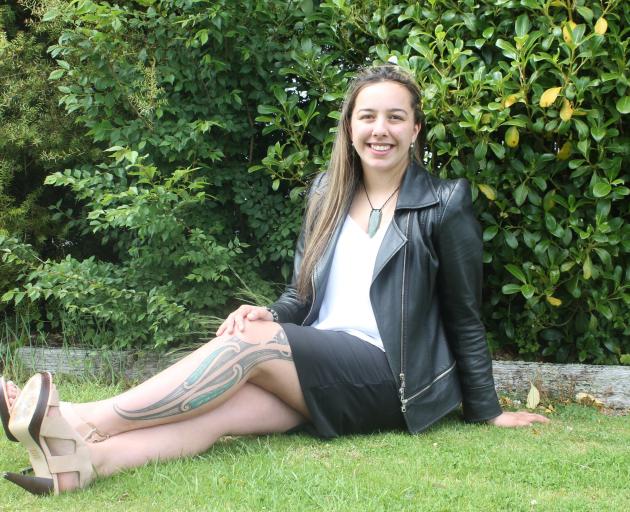 Being a young mum, she had to adapt to a new life, changing school and facing responsibilities and challenges which many other girls her age were not used to.

But it was the love for her son, Te Ngaru (now 3) who made her more motivated to pursue her dreams and exceed her own expectations.

Yesterday, Ms Ives became the first recipient of the Vodafone Aotearoa Foundation’s Antony Welton Fellowship and was awarded a $10,000 grant.

She was presented the fellowship at the Murihiku Young Parents’ Learning Centre, of which she is a former pupil, on the same day she turned 20.

"At first I was a little bit hesitant [to apply] because I didn’t think I was ready, but I put a lot of thought into it and decided 'what is the worst that could happen?'," she said.

"This is probably one of the best decisions I have ever made."

She said the whole application process was very hard but meaningful.

It took days to craft her cover letter and find the right words to describe her story.

"It was everything about me, my son and our journey.

"It was a huge eye-opener. Reading my own story made me realise how far we’ve come."

She was shocked when she got an email announcing she was the winner, out of hundreds of applications.

"From that moment, my whole life has changed. I felt like I won Lotto."

Ms Ives’ application for the fellowship was supported by her teachers at the centre, as they saw her passion for youth justice and her drive to create better outcomes for Maori and Pasifika.

She planned to use the money to further her education in restorative justice, which she described as her passion and "happy place".

"It is more about giving people a second chance, really, especially for Maori and Pasifika people as I feel they often get caught up in the justice system."

She wanted to build a more equitable future for rangatahi in Invercargill, she said.

"It is pretty cool and I feel very proud to be able to represent so many young mums across the country.

"But I wouldn’t be here today if it wasn’t for my son. It is everything for him - he is my inspiration."

Te Rourou Vodafone Foundation head Lani Evans said the organisation was impressed with Ms Ives’ passion and drive as she had balanced being a mum to her son with full-time study and part-time work.

"I think what came across quite clearly on Bailey’s application was that she really knew who she was, she really knew what she wanted to do and for us [it] was really important that we support young people’s aspirations which could have an impact in their own community.

"She is really special."

Earlier this year, Antony Welton stepped down as chairman of the foundation, after 12 years’ voluntary service. The fellowship was named after him to recognise his contribution.

The fellowship is available to young people in the Bluff and Invercargill area.