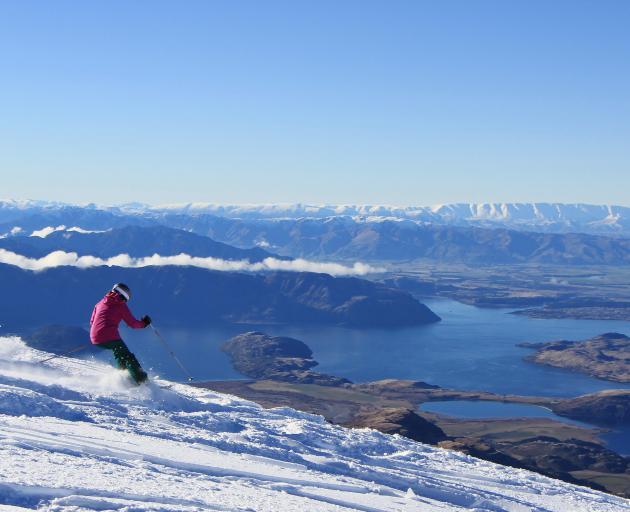 The Commerce Commission announced yesterday it has received an application from Cardrona to acquire either the shares of Treble Cone Investments or its skifield assets.

If the commission is satisfied the merger is unlikely to substantially lessen market competition, it will approve the application.

Cardrona Alpine Resort is owned by Wayfare, which is the corporate face of Real Journeys.

It operates the Cardrona skifield between Wanaka and Queenstown.

Cardrona's interest in Treble Cone was announced in June with a conditional offer, subject to a due diligence process.

Treble Cone is a 35-minute drive from Wanaka and marketed as the largest ski area in the South Island, famous for its long, uncrowded groomed runs.

If Cardrona goes ahead with the purchase, it will make an offer to Treble Cone and its shareholders which they would have to accept for the sale to proceed, the report said.

Reaction in the region to the possible sale had been overwhelmingly positive. It had been welcomed by the Lake Wanaka Tourism general manager James Helmore who said it would help encourage visitor growth.

Snow Sports NZ also hailed news of the purchase, saying it would help ensure the future of New Zealand's elite and developing athletes who use both skifields for training and competition.