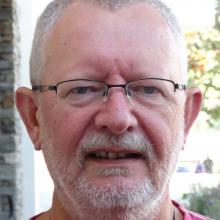 Julian Haworth.
Another application for a development on rural land in the outskirts of Wanaka looks set to go before  independent commissioners.

There are already two  houses and building platforms on the properties.

Neighbours approve of  the development.

One submission,  from the Upper Clutha Environmental Society, was received opposing  the application.

The society says development is unsuitable for a rural-zoned area. In the submission,  society  secretary Julian Haworth said there were already about 200 building platforms consented south and east  of the Wanaka township on rural zoned land. The threshold of development in the area had  been reached. In principle, the society would not oppose a plan change in the vicinity of the area which proposed rezoning rural land to rural residential, Mr Haworth said.

It has also opposed two other developments, one in Ballantyne Rd and one on Mt Barker,  —  which  would develop 12 residential lots on farmland.

Hearings on the two subdivisions will be held later this month.