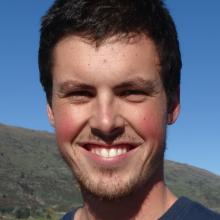 He can see potential for "spray drones" that target weeds in difficult-to-get-to places in the high country.

The weeds would include gorse, broom and wilding pines.

"So surely, one of these [drones] can sit in the middle somewhere."

He does not expect a drone would compete with a helicopter over large areas, but could be an option for steep areas of less than 1ha.

Mr Schweizer said he had been to a demonstration of a 25kg drone capable of carrying 10l of spray.He said spray drones had been used in China and Japan for about five years but he expected it would take time and development work before they were accepted in New Zealand.

Aviation Safety Management Systems Ltd chief executive Andrew Shelley said there had been "a big change" around using drones for agricultural spraying in the last year.

Drones were now coming out a price that made them commercially viable to use, he said.He also saw the potential for other new uses for drones in construction and surveying.

Drones had so far been used for "the low hanging fruit — the things that are relatively easy to do," Mr Shelley said.