No drug-testing service on offer at Rhythm & Alps 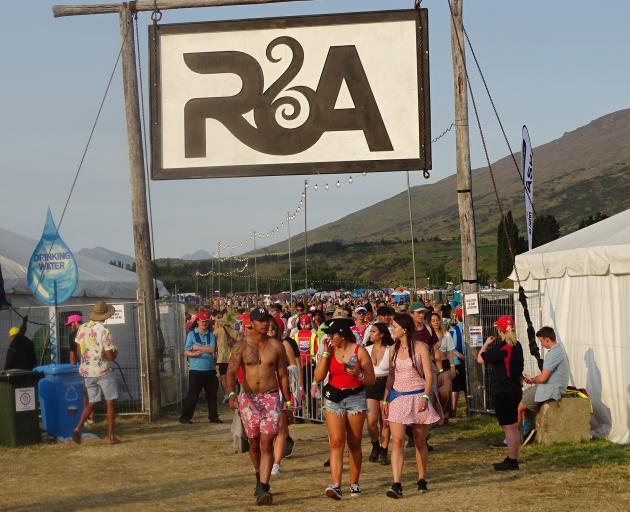 Festival founder and director Alex Turnbull said yesterday there was simply too little time to arrange for the testing to be done.

"We don’t have the capacity and there’s no-one qualified to do it in the district at the moment.

"We don’t want to do it half-cocked — we want to do it properly — and the current level of testing in New Zealand has still got some way to go before we’re happy with it."

The festival, on a farm property in the Cardrona Valley near Wanaka, is effectively sold out with 10,000 young people expected on December 29.

Mr Turnbull said the drug testing issue would be discussed with police.

"We’d like to [have testing] but I just think that if we are going to do it we’d like to do it properly."

Health Minister Andrew Little announced last week the Drug and Substance Checking Legislation Bill was being passed under urgency to give "legal certainty" to organisations such as Know Your Stuff to operate this summer.

Know Your Stuff is a volunteer organisation — partnered with the New Zealand Drug Foundation — which has been testing substances at events for five years, including 13 events in 2018-19.

However, Mr Turnbull said the organisation did not have the capacity to be at all the festivals around the country and New Zealand lacked professional companies to do the job.

"We’ve looked at the Canadian operation, which is very professional and very informative, but obviously we can’t get them into New Zealand without quarantine."

Asked if drugs had been a problem for the festival in the past, Mr Turnbull said, "only alcohol".

"Alcohol is the hardest drug to manage.

"We’ve never had any arrests for drugs."