New Zealand is often referred to as being at the end of the world but the world came to Wanaka in the form of a Youth United Nations.

Fifty pupils from five Otago high schools ranging in age from 12 to 19 took part in the one-day Model United Nations event at the Lake Wanaka Centre this week.

UN Youth New Zealand Otago president Liesje Debruin said it was a great way to learn diplomacy and negotiation, which were "the essential skills to be a global citizen".

Each pupil was given a country to represent and the committee (all the pupils) had to debate a resolution on a certain topic, ensuring the resolution aligned with their country’s position.

Ms Debruin said it was often a "very delicate situation" as they had to be able to separate their personal viewpoints from their country’s view and were not allowed to use any "enforcing" words such as "I demand". 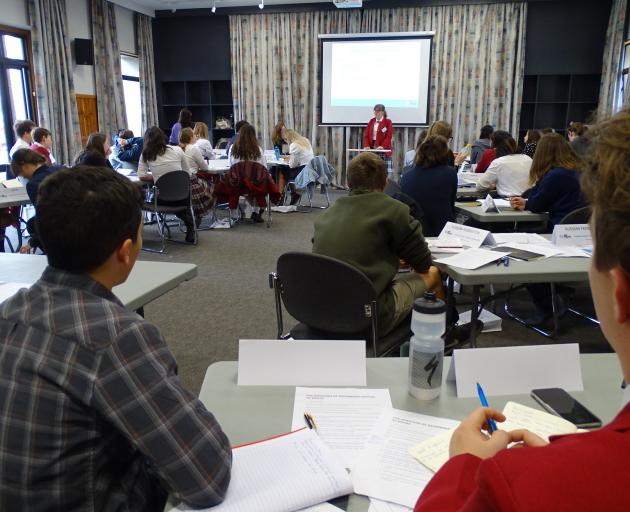 Before Covid-19 she had been travelling around the world with her parents and younger sister and visited Mexico last year. 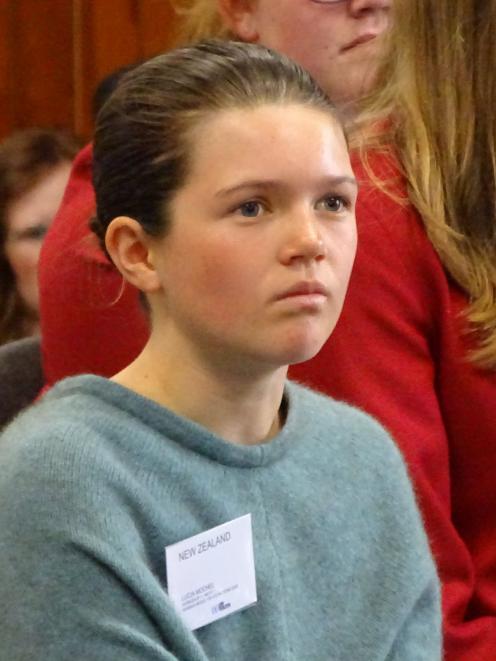 She said she was used to speaking in public and the Youth UN event was "fun" as she had to think on her feet, react to what others were saying and "represent what you support in a nice and good way".

"WAO Wanaka is hoping to run this event every year and for delegates from Central Otago to attend the national Youth UN event held in Wellington each year.

"Our intention is for WAO and other local organisations to support those delegates to have the skills to represent our region and to extend their vision on how they can contribute to the discussions that affect their lives in the future," Ms Green said.