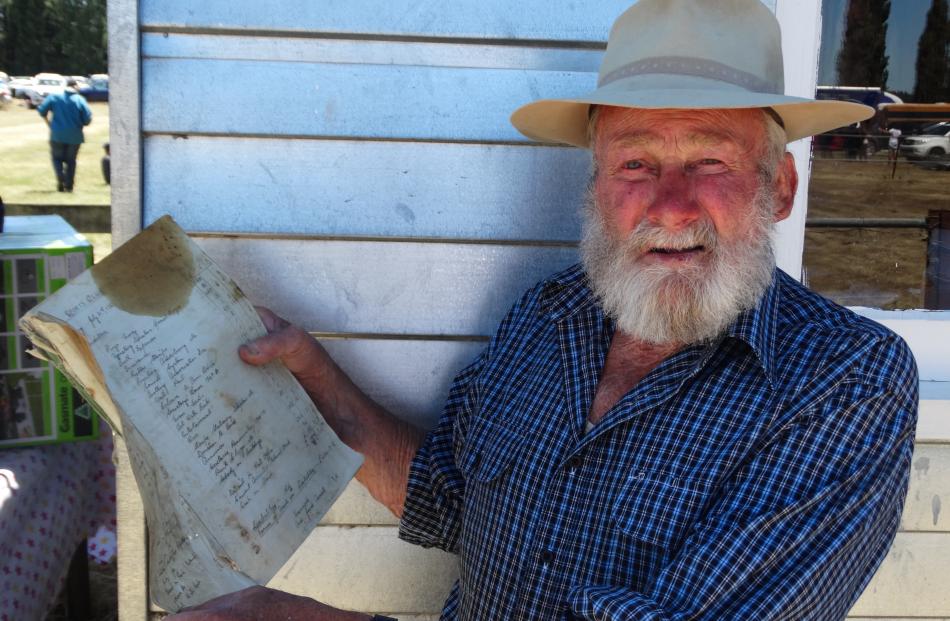 Hawea identity Billy Jelley holds the race-day accounts from 1951. Mr Jelley has been coming to the races at Hawea since the early 1950s. Photos: Sean Nugent 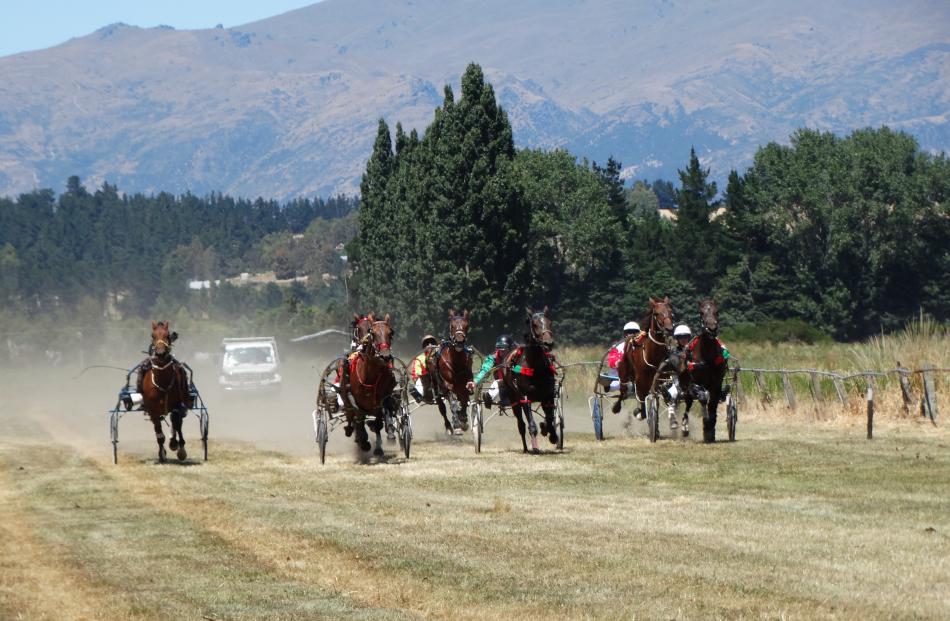 Loma Jaccka, of Southland Harness Racing (second from left), wins the first race of the day in a close finish. 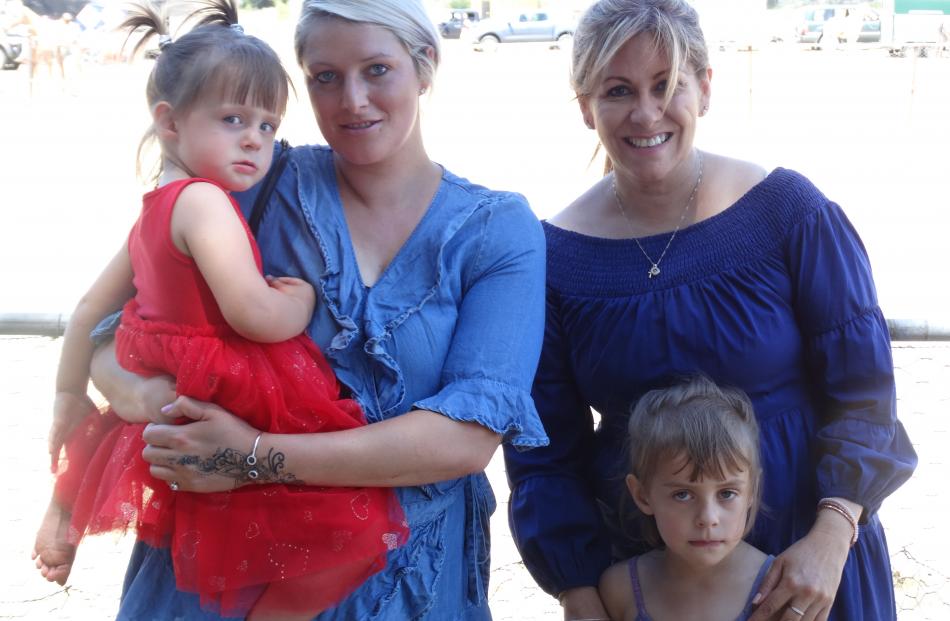 Three generations of the Gorman family (from left), Maddy (2), Sophie, great-aunty Jo and Taylor (4), attend the races. Family members have been going to the Hawea event for more than 25 years. 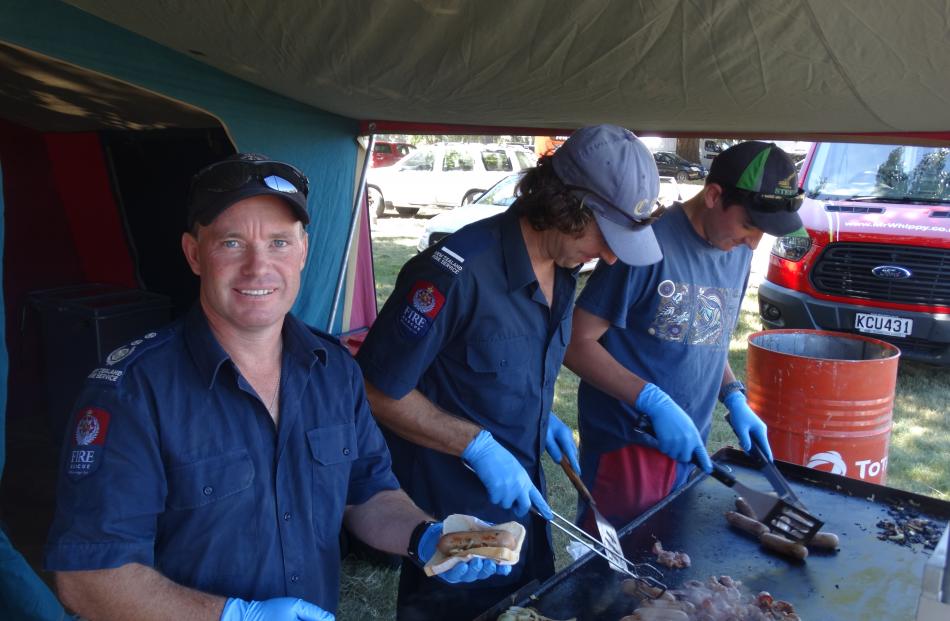 Yesterday's Hawea Picnic Races are an annual event many circle in their calendars, not least 83-year-old Billy Jelley, who has been attending the race meeting since the early 1950s.

Mr Jelley said he first rode in the event when he was around 17 or 18, but stopped competing 45 years ago when he was in his late 30s.

Since then, he has helped out on the track and behind the scenes, making sure the event goes smoothly.

The biggest change from the old days was the "flash vehicles" people drove now, he said.

"In my day, everybody had a horse, really. That’s how you made a living, with a horse, like rabbitting and mustering."

"Now, they jump in a Toyota and push a button and away they go. And if they can’t do that they take a helicopter to take them to the top. There was none of that in my day, it was all hard yakka," Mr Jelley said.

He said the racing itself had also changed.

Sulky racing was the only form of racing today, there being no saddle trots or paces, anymore.

Mr Jelley said the big turnout was "great to see" and he believed the Lake Hawea Community Association had done a great job organising the event, although he was concerned about the future.

"You’ve got to give them full marks, but they are having a job to keep going, because staff-wise there are no young ones really coming into the game. They’re all too busy on the lake pushing buttons on their phone."

As temperatures rose to over 25degC, Mr Jelley said he was looking forward to nothing more than "having a stubby at the end of the day".