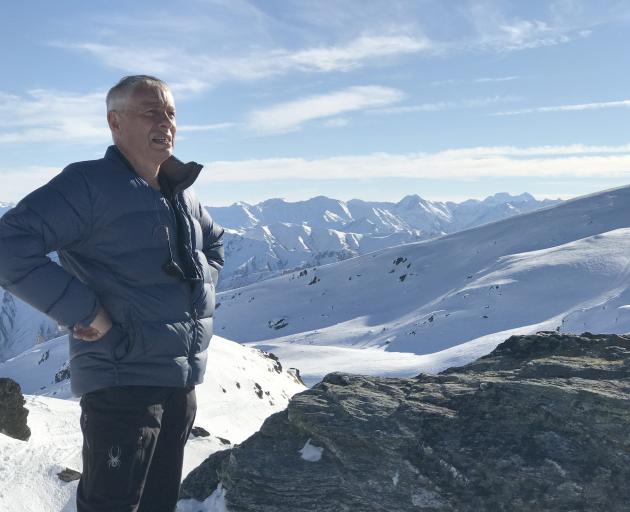 John Ombler has been made a CNZM for his public service. PHOTO: SUPPLIED

Maxwell Gilbert Shepherd
Wanaka
For services to biotechnology and business

Wanaka's John Ombler has been made a Companion of the New Zealand Order of Merit for his contribution to public service, which has included leading responses to significant crises.

Mr Ombler said he was honoured to be recognised and grateful for public service teamwork and an "extremely supportive" family.

"I really appreciate that. Looking back on it, especially some of those really tough jobs, I have had opportunities to work with some really amazing people ... During Covid, that was a whole-community effort," Mr Ombler told the Otago Daily Times last week.

The Dunedin-born, Milton-raised man began his career in 1975 at Makarora, as a Mount Aspiring National Park ranger. He worked for the Alpine Deer Group as a shooter in his spare time.

He held several conservation management roles before taking on other public sector roles, including State Services Commissioner from 2008-14.

He was made a Companion of the Queen’s Service Order for services to the state in 2013.

Strong Otago connections then prompted Mr Ombler and his wife Marieke Hilhorst to retire to Wanaka.

But retirement proved elusive and Mr Ombler has continued to hold behind-the-scenes roles, such as heading the Canterbury Earthquake Recovery Authority (2014-16), leading an inquiry into the Waikato District Health Board’s finances (2017) and acting as the All-of-Government Controller for the Covid-19 response (2020), which included chairing the National Response Leadership Team that advised the Prime Minister and Cabinet.

Covid meant he and his wife joined a large bubble of public servants in Wellington last year and returned home only twice.

"I spent most of my time on one floor in a Ministry of Health building ... It was a huge team effort. Many other people upended their lives to work non-stop," he said.

He continues to work behind the scenes. In April, he was appointed to an independent local government review panel.