Despite an unseasonably warm start to the ski season, wet weather and the closing of the transtasman bubble on Friday, Cardrona Alpine Resort and the Snow Farm have broken winter school holiday attendance records and customers do not seem to be complaining.

"We have had some really busy days and reached capacity on some of those days, but people are really happy just to be on the snow." 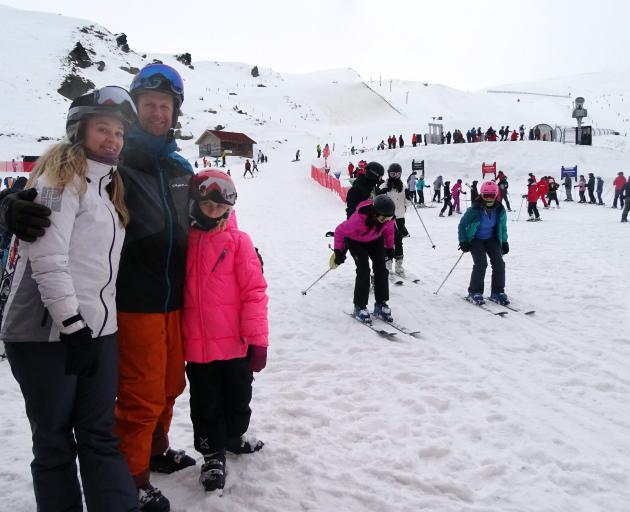 Having spent the school holidays skiing at Cardrona Alpine Resort Heidi Alexander, David and Molly (8) Salenius, all of Auckland, said yesterday was the ‘‘best day’’, as it was not so crowded. PHOTOS: KERRIE WATERWORTH
She said because of Covid-19 and "the state of the rest of the world", people waiting for a long time for the lifts were "more tolerant".

She said noticed a lot of Australians in the queues and they were "so chuffed that everyone can still ski here".

Hannah Kirk, of Perth, booked three weeks ago to fly to New Zealand and ski at Cardrona.

She said the Covid situation had been "pretty chill" in Perth at the time of booking, but her flight went via Melbourne and she was on the last plane out before the borders were shut. 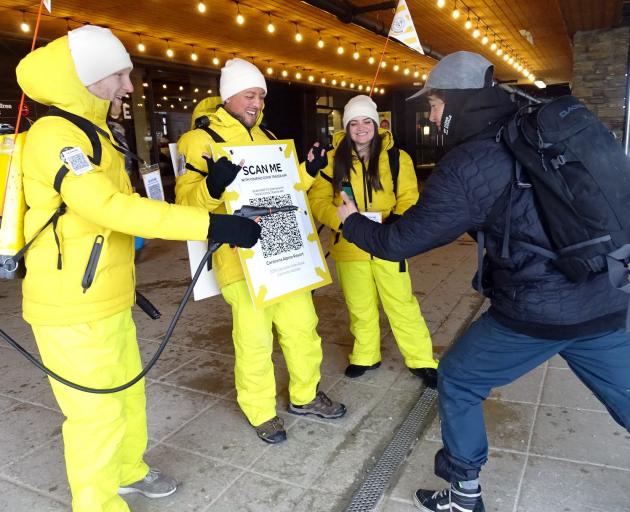 The Cardrona Alpine Resort Covid app scan and hand sanitiser patrol made scanning easy for lift operator Jarra Swann.
Heidi Alexander, of Auckland, David Salenius and daughter Molly spent the school holidays skiing at Cardrona and said they would have gone overseas if not for Covid-19.

"We are so lucky to have this [Cardrona] when we can’t travel overseas," Ms Alexander said.

Across the valley, Snow Farm general manager Sam Lee said the school holidays were the busiest he had yet experienced.

"We have been parking cars down the road for several days and that is not a common occurrence for us."

He believed the Tourism New Zealand "Do Something New, New Zealand" campaign had helped.

"We are something new for a lot of people and we offer a great half-day snow experience that most families really enjoy." 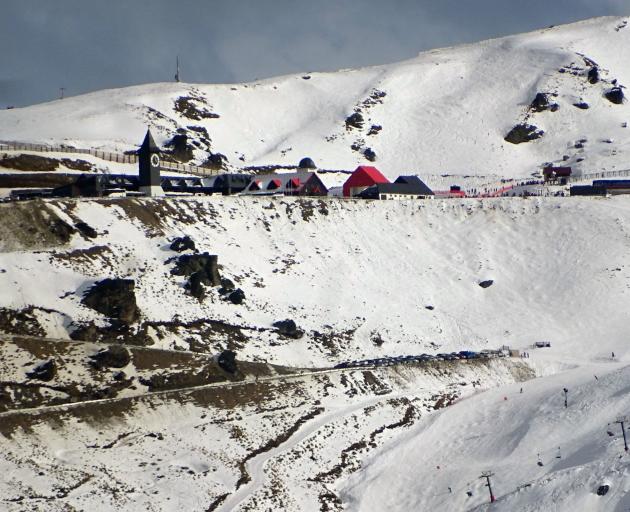 It has been a challenging season for skifields with warm days and rain events but Cardrona Alpine Resort is hoping a weather system will bring fresh snow overnight.
Mr Lee said this year was a lot easier than last winter as they were better prepared with more staff and more resources.

Cardrona Alpine Resort had been counting on having the new Willows Basin in the Soho Ski Area open for the school holidays to meet the demand, but had to postpone that, because of a lack of natural snow.

When opened, the new Willows Quad chairlift would provide access to 65ha of intermediate-level terrain at the ski area via Cardrona, the first new major lift-accessed terrain to open in New Zealand since 2012.