Slowing tourism growth 'to be expected' 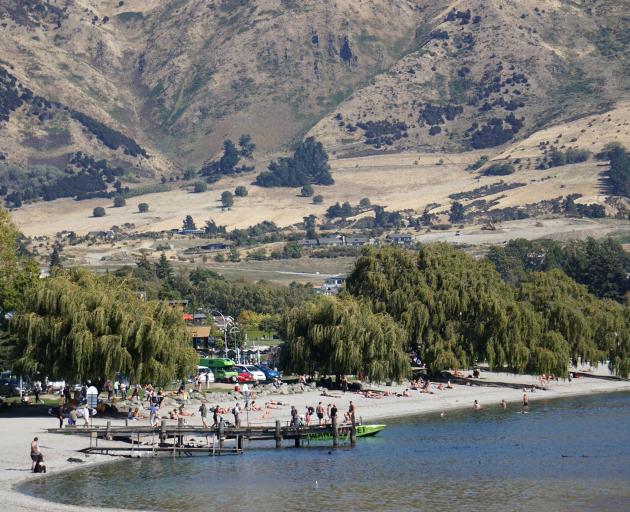 The rampant rate of visitors to Wanaka has slowed, and numbers are now nearly the same as last year. PHOTO: SEAN NUGENT
The growth of tourism in Wanaka is starting to ease.

Visitor spend statistics over summer show the boom has begun to decelerate.

Commercial accommodation guest night numbers were down 5% in January on the previous year.

But it is not a bad thing, according to Lake Wanaka Tourism's general manager James Helmore.

He noted that year-end growth rates had been sitting anywhere from 15% to 20% for the last four years, while January guest nights had also risen strongly over that period.

"We've gone from really strong growth to easing back a little bit, which is to be expected, to be perfectly honest. You can't keep cranking it up at that rate."

"It's really consistent with New Zealand overall with that growth rate slowing. Tourism New Zealand are forecasting a 2.5% growth rate of visitor arrivals for this coming year."

Commercial accommodation operators were over 80% in peak months in winter and summer, and over 70% for "eight months out of 12", Mr Helmore said.

A lot of demand had been taken up by residential Airbnb accommodation, but he believed there was still potential for more commercial accommodation.

"Our strength is in that free independent traveller, couples or small groups, so any accommodation in a boutique style at a high quality level would be good, but you could argue that another hotel or two wouldn't go astray - just in the right place."

Lake Wanaka Tourism has a strategic planning session next week and Mr Helmore said the focus would be on the winter months, the town's food, wine and retail offering, as well as continuing to promote outdoor adventure opportunities.