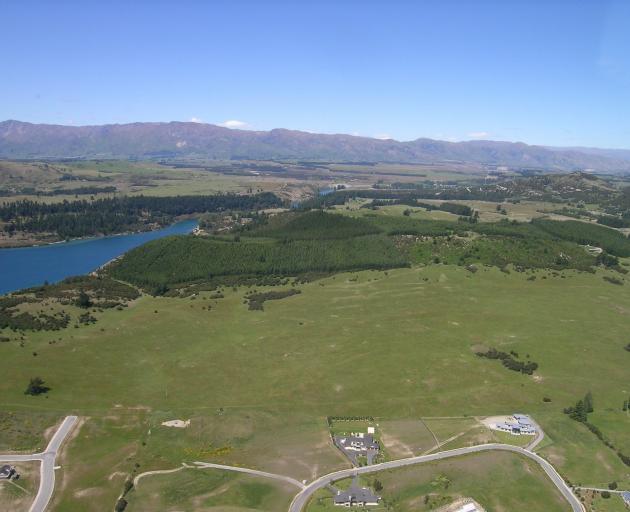 The case for rezoning Wanaka's Sticky Forest to allow for residential development will be heard in a district plan hearing today.

Christchurch real estate director Michael Beresford has made a submission to the Queenstown Lakes District Council's proposed district plan to have the land rezoned from rural to rural lifestyle to allow for residential development.

The submission has asked for about 20ha of the 50ha plot to be rezoned. The rest would remain rural, with an outstanding natural landscape classification.

Provisions would be made for retention of the trees and ongoing public access to the land for recreational activities, such as mountain biking.

The original submission asked for the entire 50ha site to be rezoned.

The land is held by the Crown for descendants of the 57 original Maori owners who were to have had land transferred to them in settlement claim under the South Island Landless Natives Act of 1906.

Mr Beresford is one of the 1020 descendants, but is not acting on their behalf.

Presenting the submission to the independent commissioners will be Prudence Steven QC.

In his submission, Mr Beresford said a zone change would allow the land to meet the Crown's original objective of providing economic benefit to the descendants of the original owners.

If the submission was rejected, other options to gain economic benefit from the land would be explored, such as forestry.

Public access to the site could not be guaranteed if the proposal was not accepted.

The beneficiaries were under no legal or moral obligation to continue to make the land available to the public, Mr Beresford said.

More than 500 concerned residents attended a packed public meeting over the future of the forest in February.

The ideal outcome would be public ownership of some or part of the land which meant access could be guaranteed, Mr Smith said.

How that could be achieved would not be known until the process had finished.

''Without knowing exactly what is going to happen it's hard to put anything into action, but we are aware of the hearing process and are taking a very keen interest.''

Both Bike Wanaka and the working group had been slowly working behind the scenes but it could be another 18 months before a decision was made and land was transferred from the Crown to the descendants, Mr Smith said.

The hearing is being held at the Edgewater resort today.

The Sticky Forest submission is likely to be heard from late morning until early afternoon.