Call to Action rally 'not political' 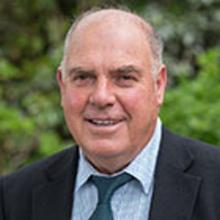 Peter Haddock
Organisers of the West Coast rally on Sunday insist it is not political, even though it will be attended by National Party MPs.

Labour and West Coast-Tasman MP Damien O'Connor will not be there.

'Naturally Together - A Call to Action' is being promoted as a rallying cry against a tidal wave of green-leaning legislation that will heavily affect the West Coast, from farming to mining and whitebaiting.

The organising committee - Brett Cummings, Gradon Conroy, Linda Neilson, Sue Merriman and Peter Haddock - said they were not members of any political party and had invited every MP to attend, although none would be allowed to speak.

Organisers ask those attending not to criticise political parties or individuals.

Instead, the aim is to show the West Coast and its traditional use of natural resources in the best light possible.

Westland Mayor Bruce Smith is not on the organising committee but has been heavily promoting the event.

He said for him it was political.

"The reality is, we are where we are because of the politics. The aim is to ensure National, NZ First, Labour and the Greens play their cards so we as Coasters know who to back."

Buller Mayor Jamie Cleine has refused an invitation to attend and address the gathering.

Since he was elected a month ago, Mr Cleine has forged a different path, choosing instead to work with Government.

He said yesterday the protest would create a barrier to that, "especially given the increase in the political element coming into it".

A large stage will be at the north end of Messenger Park, with the south end to be cordoned off. Parking wardens will be stationed on Preston Rd and Water Walk Rd to direct people.

Unlike the Taramakau Bridge protest, there is no truck parade. Those who bring a truck will be directed to park at the Aratuna Freighters yard in Arney St.

People have been encouraged to dress as they would normally go to work or school, "to show the diversity of the Coast".

Mr Haddock said the forecast was for only a trace of rain, but regardless the rally would go ahead hail, rain or snow.

• More details, including a map of the site, is on the Naturally Together Facebook page.