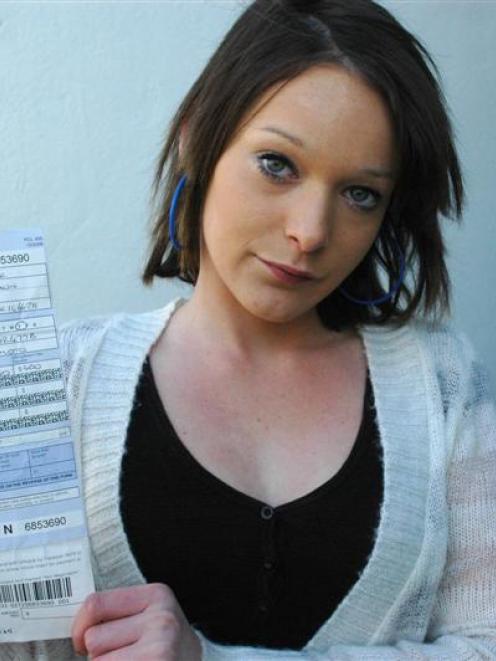 Taliah Butters, whom a police officer described as a "Kitchen Bitch", holds up the offending ticket. Photo by the Greymouth Star.
A highway patrol officer will be reprimanded after admitting he wrote "kitchen bitch" as the occupation of a Greymouth teenager on an infringement ticket he issued her.

Taliah Butters (17) was issued with the notice in February, when she was stopped at Omoto, near Greymouth, for driving with unauthorised passengers.

After receiving the $400 fine, she "just threw it into the glove box" until she cleaned out the car this week.

"I couldn't believe a cop would write anything like that."

Miss Butters said that when she was stopped by police, the officer asked what her occupation was.

"I told him I was a kitchen hand and part-time chef. I never said I was a 'kitchen bitch'." 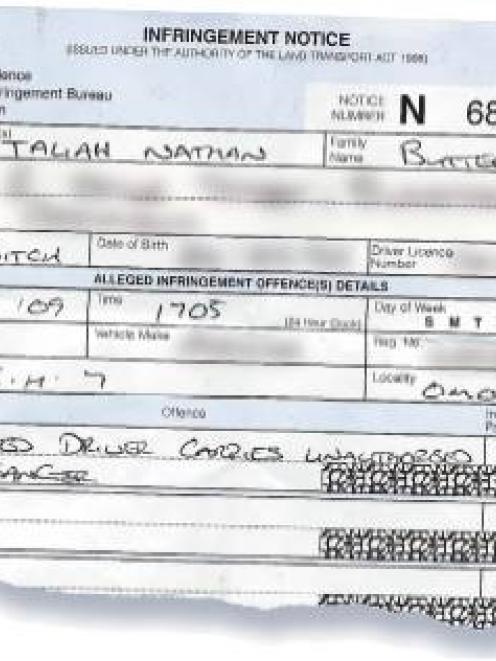 "I have already spoken to the officer concerned, from Nelson, and he has admitted writing the words `kitchen bitch' on the ticket, but according to him that is what she told him."

Supt Knowles said even though she had gone public with the issue, she still had to pay the fine.

"The officer concerned, who is not from the West Coast, did not act appropriately - even if that was what Miss Butters told him. He did not act in a very professional manner and he will be dealt with internally."