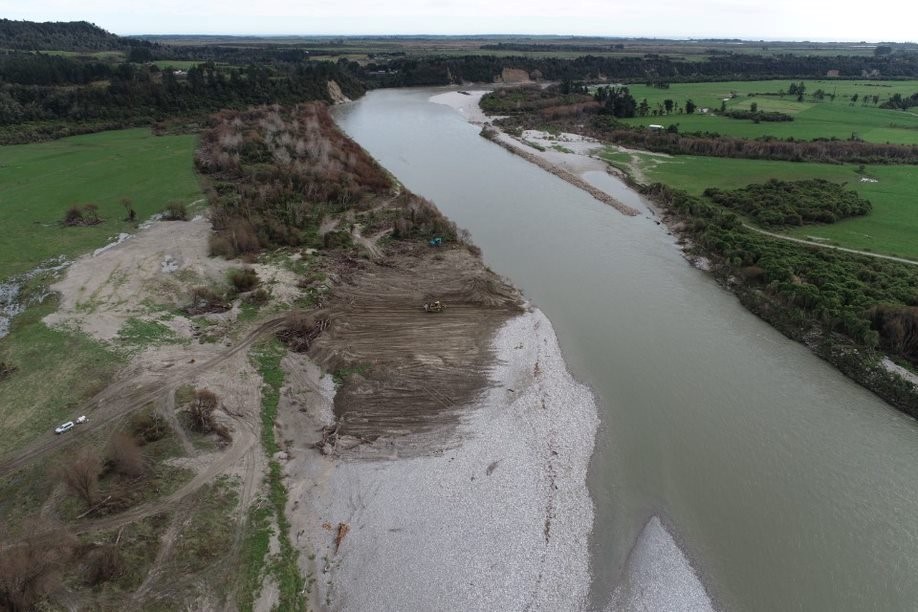 The Buller River looking west towards Westport with a small portion of the the Organs Island area visible to the hard right of the picture. The bank to the left is currently being bulldozer gravel 'raked' as a river management practice by the West Coast Regional Council. PHOTO: WEST COAST REGIONAL COUNCIL
The West Coast Regional Council has approved under urgency a contract to repair historic stopbanks upstream of Westport damaged in the July 2021 floods.

Councillors held an emergency meeting on Friday night to sign off a tender to enable work at Organs Island, on the Buller River, to start in the next week or so.

Work to repair rockwork at the site has previously been estimated at more than $1.7 million.

Chief executive Heather Mabin said the meeting on Friday was to technically sign off the Organs Island work.

An emergency meeting was needed as the tendered price was well above the delegated authority amount of $300,000 for the chief executive to approve alone.

"It was well above a million," Ms Mabin said.

She was unable to name the contractor yet as tenderers were still being advised.

The Greymouth Star understands the contract has been awarded to Avery Bros of Westport. 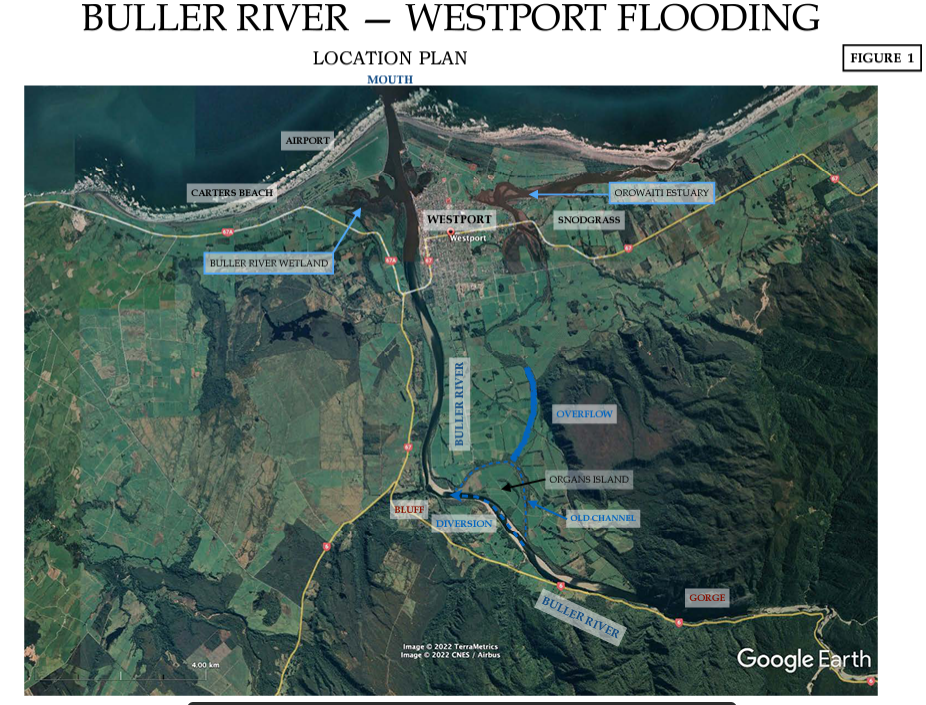 "We didn't want to wait until the next council meeting - we called the meeting to get it signed and get it started."

Organs Island forms part of the historic Orowaiti River overflow, where the Buller River exits the gorge about 15km upstream of Westport township.

A historic loop in the Buller River at that point acts remains as an 'overflow' to the Orowaiti, with rockwork keeping the main channel of the Buller flowing to the south.

The loop, known as Organs Island, was left in place when the loop was bypassed in the late 19th century to improve the main flow of the river towards the current port.

A report to the council in May said the entire town was at a "heightened risk" from the Buller River flooding at any time until repairs at Organs Island, and fixing scouring of a stopbank near O'Conor Home on the outskirts of town, were done.

The total cost of repairs for both sites has previously been reported to at over $2.6 million.

In May the council approved a combination of borrowing and liquidating its catastrophe fund exceeding $1 million to fund the projects.

It has yet to award a separate contract for the O'Conor Home scouring work.

A wider $26 million embankment scheme to protect Westport has gone to the Government within a $45m business case which it is currently considering for co-investment.