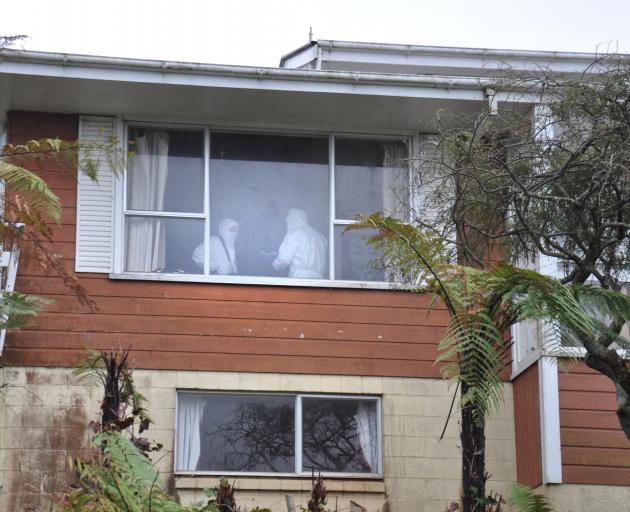 The Hokitika man's name and his relationship to the baby boy were suppressed at an earlier appearance in the Christchurch District Court yesterday, where he was initially charged with intentionally causing grievous bodily harm to the child.

Yesterday afternoon the charge was upgraded to murder after the baby died at 11.45am as a result of the injuries received.

Judge Alistair Garland remanded the man in custody for an appearance in the High Court at Greymouth on July 30.

The defence and police both sought the interim suppression order because the inquiry was still in its early stages, and because family members were still being told.

The judge also heard submissions on whether the man should be granted bail, which was opposed by police.

He declined to release the man on bail and remanded him in custody for the High Court appearance.

The man appeared in court late for the second time by video link from the cells, and wept almost constantly throughout the 30-minute hearing.

The infant was taken early on Tuesday morning from a Bonar Dr house by ambulance and flown to Christchurch Hospital in a "critical condition''.

Police confirmed shortly after 2pm yesterday that the baby had died.

"Police are providing support to the baby's family, who have requested privacy at this difficult time.''

Police staff who attended the incident had also been offered counselling, a spokesman said.

The normally quiet Hokitika cul-de-sac has also been rocked.

Police have maintained a strong presence at the house and yesterday scene-of-crime officers were sweeping both inside and outside the rented premises.

Forensic testing appeared to be focused on a front room of the house, where neighbours had witnessed the baby being worked on by paramedics the previous morning.

A near neighbour, who did not want to be named, said the baby was carried to the ambulance lying flat and appeared to be on a ventilator.

"The baby was wrapped up. It wasn't on a stretcher; it was being carried out, lying down flat.''

The accused also went in the ambulance but as a passenger in the front.

The man was known to police, the resident said.

One woman on the street said she had taken her concerns to Hokitika police at least three times about the alleged lifestyle at the house, and more recently about the welfare of the baby.

She felt "sick'' that the child had now been harmed.

"I went to the police less than a month ago with my concerns about this baby. I feel sick now because I should have pushed harder.

"I feel absolutely sick to the stomach. I really, really feel like I should have done more. I feel like I have let down that little baby.''

Plunket had also been seen visiting the property on at least one occasion.

A second, older child lives at the address but was not believed to have been home at the time of the incident.