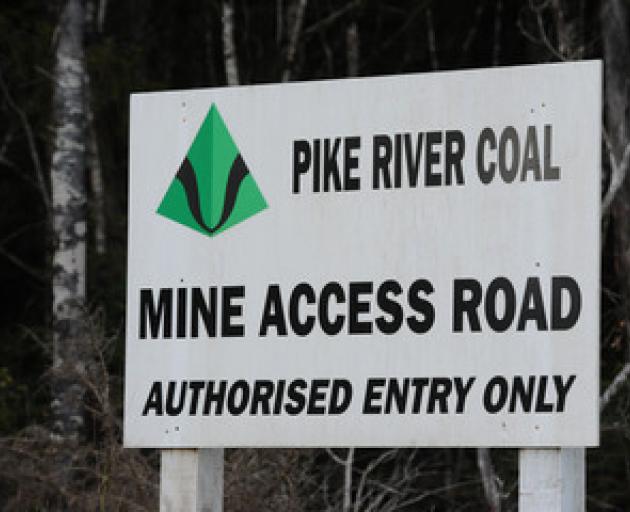 Photo: ODT files
Some Pike River families returned to again picket the mine access road early yesterday morning, as they prepare to go to court next week.

The Pike River Recovery Agency is preparing to withdraw and permanently seal the mine at the end of a $61million publicly-funded re-entry.

The families are trying to pressure the agency into continuing past the roof fall into the actual mine workings, and to inspect the fan as a possible source of ignition for the November 2010 explosion.

Their legal action will have a first call in judge’s chambers on Monday morning.

However, the agency is already retreating from the mine, and says reversing that could cost $4.2million and take three months.

About 20 family members and supporters, including the Monk and Rose families, were on site at the access road near Atarau yesterday morning. The group was stopping only agency staff, and not police, as it wants the criminal investigation to continue.

Family advocates say getting to the fan would take 12 weeks and cost less than $8million, but the recovery agency rejected that and said it would take nine to 10 months and cost an additional $20million to $25million. Additionally, it would cost $4.2million, and take three months, if they had to reverse the retreat now under way.

It has already pulled out the gas monitors.

The agency will instead help police put cameras down six boreholes to investigate areas of interest.

Agency chief executive David Gawn said in a letter released this week that the withdrawal process was costing about $300,000, which included the installation of a barrier 170m inside the drift tunnel.

Although the work was reversible, "there will be a cost to the Government should the agency be required to do so".

They would have to reinstall gas monitors, real-time geotech monitor equipment, and deploy the changeover station. This was likely to take three months, including the time for leased equipment to be shipped back to the site.

It would cost about $1.4million a month, excluding the monthly expenditure to operate the agency.

Mr Gawn said the agency did not intend to undo its work, and the figures were a "high-level" approximation.

had been in contact with the group "to ensure the safety of all involved".

What price justice... If the Govt can spend some $600 million on a bridge, then what's a few more million....